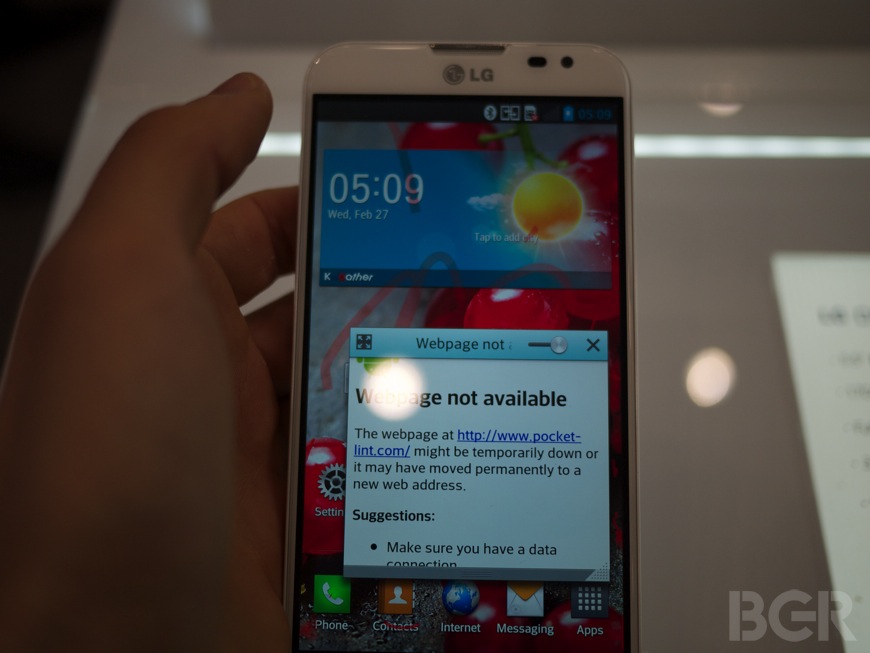 Want another sexy phablet to feast your eyes on? We’re not so sure we do either, but at least LG’s (066570) Optimus G Pro packs a bit of style along with its Note-chasing aspiration. The handset packs a 1.7 Ghz quad-core chip, a 13 megapixel rear facing camera, a 2 megapixel front facing HD camera, a massive 3,140 mAh removable battery, and a laundry list of proprietary LG technologies including smartshare, Tracking Focus, and WDR recording.

Most impressive, we suppose, is that the handset includes LG’s QSlide software, which allows for multiple application windows to rest on top of the running base application. In practice, this is actually quite useful, as you can adjust both size and opacity of the overlaid window, allowing you to read text through a video window, for example. It’s a creative take on multitasking, and works rather well. Consider us impressed. The handset has a bit of a cheap feel to it: It’s lighter than the Note II, and a bit flimsier in terms of build quality.

There’s also no word on price or availability yet, unfortunately.