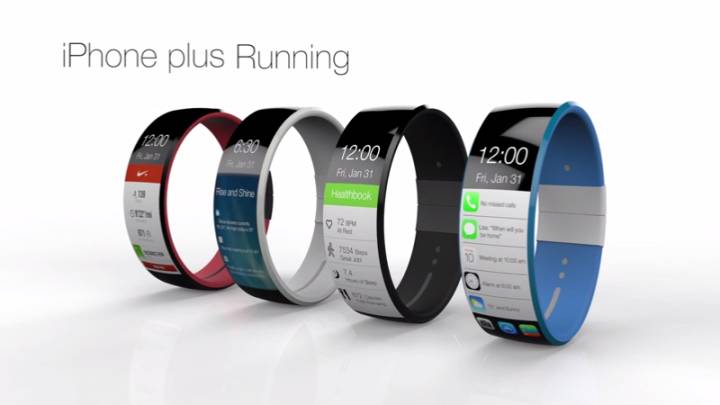 A new iWatch concept video posted on YouTube tries to imagine what Apple’s smartwatch will look and feel like, proposing some advanced iOS 8 features for the device. Fuse Chicken’s concept shows a device that looks like a smart band rather than a traditional watch, featuring an elongated, curved screen that’s able to display various information, according to the apps used.

The device would offer support for some existing iOS apps including Siri, mail, messages, contacts, calendar, music and fitness apps, but also new health apps, such as the rumored Healthbook app. The smartwatch would help users track their workouts including running, swimming, cycling, golfing, and other fitness activities but also track various health parameters such as heart rate, glucose levels, sleep patterns, oxygen levels and calories thanks to the various embedded sensors.

Fuse Chicken’s iWatch seems to have been inspired by the various rumors and reports that have detailed the kind of features Apple’s smartwatch is expected to offer. Furthermore, the concept video suggests that the iWatch would be an iPhone companion, requiring a link to a smart device in order to offer advanced software features, with Apple focusing on a rich user experience instead of specs.

However, this is just an iWatch concept that has nothing to do with Apple’s actual smartwatch plans. Fuse Chicken‘s iWatch concept video follows below.