New report all but confirms future iPhones will have OLED displays

Lending even more credence to rumors that Apple will incorporate OLED displays on future iPhone models, Reuters reports that both LG and Samsung are close to finalizing contracts with Apple to co-supply the displays.

Signaling the import of the deal, the report adds that both companies will spend a combined $12.8 billion to bolster their OLED manufacturing capabilities over the next few years, with Apple likely to contribute to such efforts as well.

While rumors of Apple’s interest in OLED displays have persisted for years, the groundswell of credible reports alluding to such plans have only increased over the past few months. Just a few weeks ago, for instance, Bloomberg published a report shedding light on a secret Apple research lab in Taiwan where engineers and scientists are tasked with creating new display technologies. The underlying goal, the report added, is to develop mobile device displays that are not only lighter and thinner, but more energy-efficient as well.

That being the case, Apple’s interest in OLED displays makes a whole lot of sense. Not only are OLED displays thinner than LED alternatives, but they also offer richer and more vibrant colors.

Nonetheless, OLED displays also carry a number of distinct drawbacks that shouldn’t be overlooked. Not only are they more expensive to manufacture than current iPhone displays, but the color saturation on OLED screens are known to dull over time. So with Apple reportedly close to inking deals with two OLED suppliers, it stands to reason that Apple is confident that the aforementioned drawbacks can and will be addressed in the years ahead.

As far as when we might see an iPhone sporting an OLED display hit store shelves, LG earlier this year said that it hopes to have a large OLED manufacturing plant ready to begin operations in early 2018, providing just enough of a runway to accommodate what would then be iPhone 8 production. 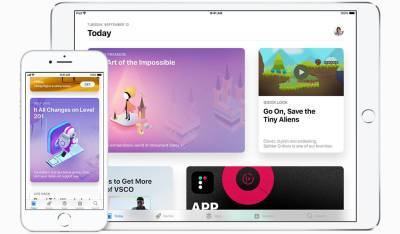 Apple says the App Store prevented more than $1.5 billion of fraud in 2020

By Jacob Siegal 38 mins ago

NASA is now bringing asteroid samples back to Earth