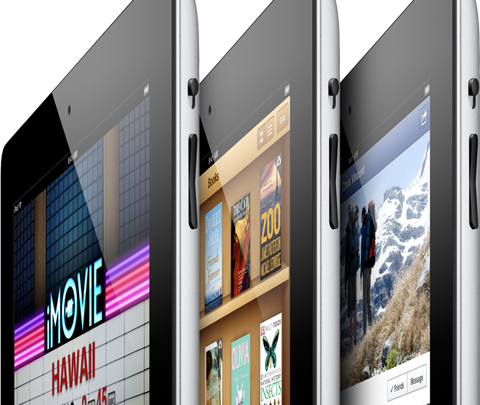 Apple hasn’t launched a new tablet since November last year and it looks like age might finally be catching up to the iPad line. According to data released on Thursday by market research firm TrendForce, the iPad’s share of the global tablet market fell to its lowest point in history during the second quarter this year. Alongside its June-quarter earnings report on Tuesday, Apple revealed that iPad shipments fell dramatically to 14.6 million units, down from 17 million units in the same quarter last year. The disparity is clearly a result of the shift in Apple’s iPad launch schedule, but that doesn’t change the fact that Apple is losing ground as rivals pick up the pace.

Apple’s 14.6 million iPads were good for 35.5% of the global tablet market in the second quarter this year, according to estimates from TrendForce’s display research division, WitsView. The firm noted that iPad sales plummeted more than 25% sequentially from the 19.5 million iPad tablets Apple sold during the March quarter.

Apple’s tablet market share may fall further in the third quarter this year, but the company is expected to launch a completely redesigned fifth-generation iPad this fall, as well as an updated iPad mini. Competition is heating up, however — Google just unveiled the new Nexus 7, which undercuts Apple’s iPad mini by $100 despite featuring substantially better specs, and Amazon currently has three exciting new tablets in the works, as BGR exclusively revealed in a recent report.