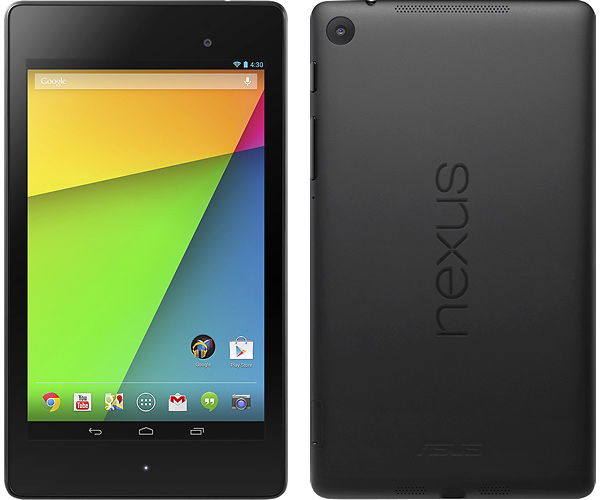 Google said that the new Nexus 7 tablet is 2 millimeters thinner than the first version. It’s also a bit narrower and 50 grams lighter, making it more comfortable to hold. It also has dual stereo speakers and virtual surround sound through the speakers or connected headphones.