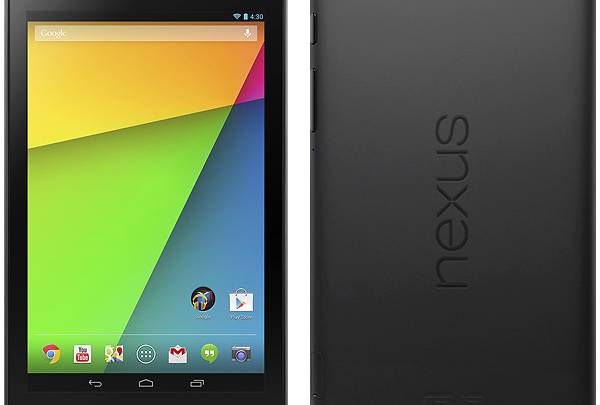 Google hasn’t yet unveiled its second-generation Nexus 7 tablet, but the device is already available for preorder from nationwide retailer Best Buy. In line with numerous earlier leaks and rumors, the tablet features an improved 7-inch display with 1920 x 1200-pixel resolution, a 1.5GHz Snapdragon S4 Pro 8064 processor, Adreno 320 graphics, a 5-megapixel camera, 2GB of DDR3LM RAM, 16GB or 32GB of storage, Bluetooth 4.0 and Android 4.3 Jelly Bean. Also in line with earlier reports, the price has gone up — Google’s tablet now starts at $229.99 for the 16GB model while the 32GB version costs $269.99. Additional images of the tablet follow below, and those interested in preordering the new Nexus 7 will find links to Best Buy’s website in the source section.

UPDATE: The preorder pages have now been pulled. Expect them to come back online shortly after Google’s event, which is scheduled to start at noon EDT.