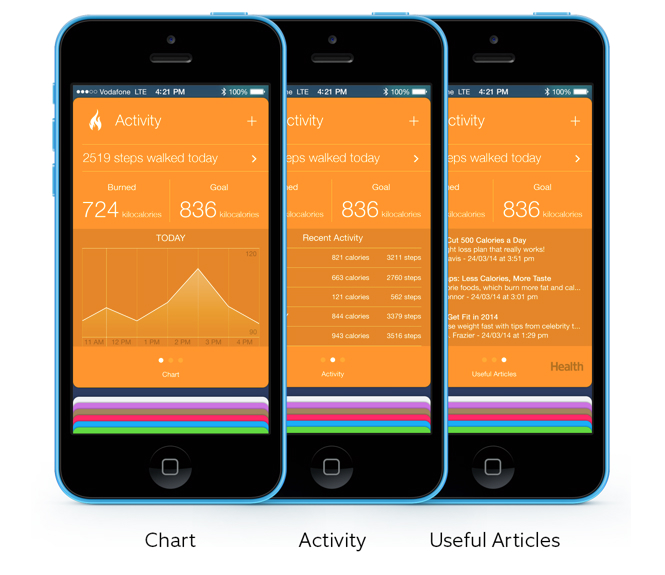 Designer Jayaprasad Mohanan has imagined what iOS 8’s Healthbook app may look like, based on the large number of reports describing what will supposedly be one of the main features of Apple’s next major iOS update. Based on these rumors, he created a webpage that shows the app running on an interactive virtual iPhone.

Healthbook is supposed to collect a variety of health and fitness data from the many sensors Apple’s upcoming iWatch is rumored to have, and display the information on the iPhone in a similar manner as Apple’s Passbook iOS app shows tickets, coupons or boarding passes.