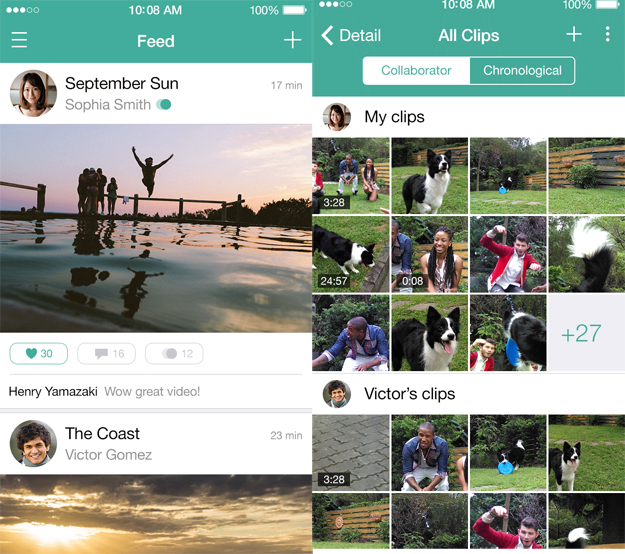 Welcome to the new HTC. This company might look like the HTC we’ve known for years, but 2014 marks the start of a major shift for the company that stems from more than just its recent struggles. The smartphone market is changing, and it’s happening faster than anyone expected. New entrants are consuming the low end, Apple and Samsung’s stranglehold on the high end is tightening, and the middle is getting squeezed on both sides.

HTC on Wednesday unveiled several new products, the bulk of which represent interesting new territory for the smartphone company. Yes, the new HTC Desire Eye is a phone that fits a somewhat familiar mold for HTC, but the RE camera and the two software announcements HTC made mark unchartered territory.

For more on the HTC Desire Eye, read our hands-on Desire Eye preview

In the case of the RE, HTC is moving into the connected device market with a product that hasn’t really been seen before — at least, not in several years. It’s not a GoPro competitor at all, and it’s not competition for dedicated point and shoot cameras either. Instead, it harkens back to the days of the now-defunct Flip cam, but pulls it into the modern smartphone-driven era.

For more on the RE camera, check out our hands-on HTC RE preview

Moving into software, HTC announced on Wednesday that it is pulling its new Eye Experience camera features off of the new Desire Eye and making it available on other devices. Beyond that, HTC’s Zoe app and social network, which had been available as a beta, is now exiting beta and launching as a 1.0 product.

But far more interesting is the fact that HTC’s Zoe app is being made available not just on Android phones from vendors other than HTC, but also on iOS. And even before that, HTC’s first iOS app will launch in late October or early November alongside or shortly after the launch of the RE camera, allowing iPhone users to buy and use a RE.