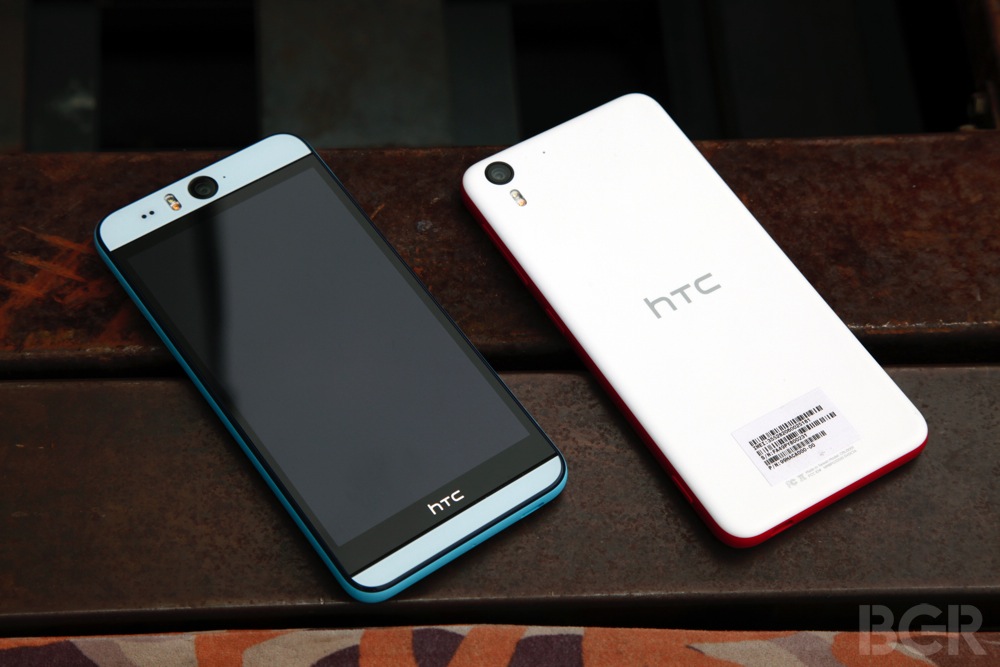 A room full of technology bloggers and journalists laughed when HTC’s associate vice president of industrial design Claude Zellweger uttered the above phrase while introducing HTC’s latest smartphone during a full day of closed-door meetings earlier this week.

“Plastic is nothing to be ashamed of.”

And it is funny, in a bizarre way. During its meteoric rise to the top of the smartphone industry, Samsung has managed to give plastic a bad name. The company’s phones, while durable, feel cheap. All of them. Even Samsung’s first phone to feature metal edges still looks and feels cheap compared to rival devices .

But plastic doesn’t have to look or feel cheap. And HTC’s latest smartphone, the Desire Eye, is a great reminder of that simple truth. It’s plastic and it’s proud.

HTC’s devices are always among the best in the business. Often times they are the very best. But being the little guy in an industry dominated by giants makes it painfully difficult to get devices the support they need from carrier and retail partners, which is a real problem — especially when a company doesn’t have several billion dollars to spend each year on marketing.

Couple that with increased pressure from an onslaught of bargain basement-priced phones from Chinese handset vendors, and you find yourself in a very difficult position.

This is why HTC’s revenue has continued to decline in spite of the company’s fantastic product portfolio.

I’m not sure how much the new Desire Eye will help HTC as it attempts to regain its footing in an increasingly competitive market — a market where the unit sales volume leader just warned that its third-quarter profit plummeted nearly 60% on year as sales collapsed at both the high and low ends of the smartphone market.

But I am sure that those who do purchase an HTC Desire Eye will find a wonderfully capable smartphone with sleek hardware to match its elegant software.

HTC’s latest handset features a design that is somehow both fresh and familiar, carrying forward a number of design elements from earlier Desire models but mixing in several beautiful new elements as well.

And in the United States, where the Desire lineup is almost nonexistent, the look of the new Eye may be a breath of fresh air.

Of note, the Desire Eye is a plastic phone but it is not a plasticky phone. This is an important distinction.

Whereas some plastic phones look and feel cheap, the Desire Eye has a smooth and sleek design that is surprisingly impressive. There are no seams despite the band of color that surrounds the perimeter of the handset, and it feels good in the hand despite its large size.

The stars of the show, according to HTC’s marketing, are the dual 13-megapixel cameras. This phone, as you might have guessed, is specifically designed to be among the best in the world at capturing selfies.

The specs are quite capable and the build is fantastic — and waterproof — but the front-facing 13-megapixel camera with wide-angle lens and a suite of value-added selfie features will be the focus of most Desire Eye conversations… or, marketing-driven conversations, at least.

Beyond typical mobile camera features, HTC’s new camera software sports six main add-ons that help add to the selfie experience. Selfies, of course, might seem ridiculous to some but are incredibly important to tens of millions of smartphone buyers.

The six add-ons are as follows:

These selfie features, along with several other new features from the Desire Eye’s camera, will also be available on nine other HTC phones thanks to the new “Eye Experience” app, which will launch in the coming months.

As for the Desire Eye, which can be thought of as a showcase device for the new Eye Experience, the phone will be released later this month in the United States and other markets.