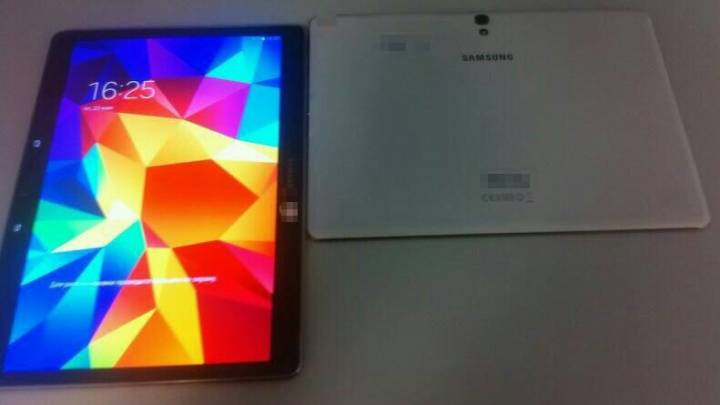 There’s no shortage of Samsung tablets on the market, but that’s not stopping the South Korean vendor from prepping another lineup of devices for release later this year. The Galaxy Tab S is expected to launch in both 8.5-inch and 10.5-inch variants, boasting plenty of upgraded specs, but the most notable addition appears to be the 2560 x 1600 resolution Super AMOLED display.

Previous leaks have shown off the design of the device, but the latest image from SamMobile’s forums gives us a clear indication of just how bright that screen will be on the 10.5-inch tablet. SamMobile goes on to note that the wallpaper might be playing tricks on us, but it certainly looks like a more vibrant display than the Galaxy Tab 3.

If the AMOLED display has piqued your interest, you won’t have to wait long for the official reveal — Samsung is slated to announce the Galaxy Tab S line at the Galaxy Premiere event on June 12th.