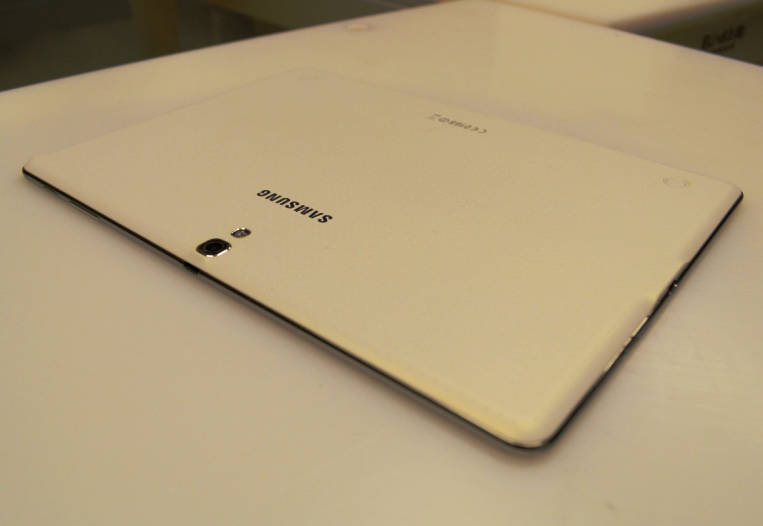 In addition to confirming sales numbers for the Galaxy S5’s first month in an interview with The Wall Street Journal, Samsung has also mentioned several details about upcoming devices including the Galaxy Note 4 and the Galaxy Tab S.

Lee Younghee, vice president of Samsung’s mobile division, revealed that for the Galaxy Note 4 the company is considering a flexible display – something various reports claimed in the past – although he added that there’s no final design for the handset, and plans could change by the time it launches.

Traditionally, Samsung unveils a new Galaxy Note each September, at the IFA trade show in Germany. This year, the Galaxy Note 4 could be unveiled alongside a Gear Glass smart eyewear product.

The Journal also revealed that Samsung plans to hold a special media event on June 12 at Madison Square Garden, New York, to unveil a new line of tablets. Samsung is likely going to soon launch the Galaxy Tab S tablets, which were recently spotted in a series of images, including pictures from the FCC, and which are expected to pack high-resolution Super AMOLED displays.

Samsung on Thursday sent media invites for the June 12 event, hinting that the press conference will be about tablets. “Tab into color,” the invite for Samsung Galaxy Premiere 2014 event says. The company will be streaming live the Galaxy Tab S announcement on its YouTube channel, 9to5Google reports.

The press invite follows below.