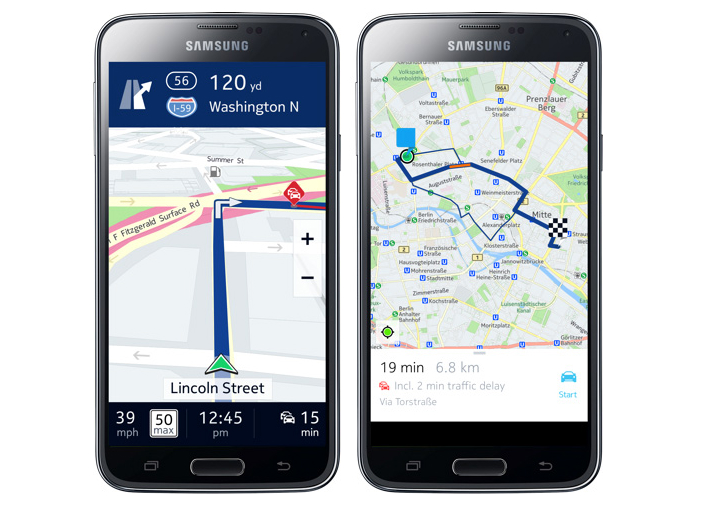 A new episode in the complex Google-Samsung love affair was written on Friday, as Nokia announced that its Here maps service will be available free of charge (via a licensing agreement) to Samsung Galaxy handset owners. Samsung inked this exclusive deal with Nokia even though Galaxy handset users already have access to one of the best mapping products in the world, Google’s own Google Maps.

The two giants are supposed to be tied in a partnership that’s stronger than ever, but that didn’t stop Samsung from making several moves that show the company is not happy to simply follow Google’s rules – in order to get Google’s apps on Galaxy phones, including the popular Google Play Store and Google Maps, Samsung has to basically agree to whatever Google asks, just like any other OEM looking to offer Google’s version of Android on their mobile devices.

Samsung is clearly interested in launching its own Tizen phones at some point in the future, and has opted to focus more on Tizen-powered wearables than Android Wear devices.

The Here maps addition to its Galaxy line of devices is just another move that proves Samsung is willing to explore offering customers access to services that rival Google’s existing offerings. However, that doesn’t mean Galaxy handset users will simply lose access to Google Maps on their smartphones and tablets just because Here is, well, here.

Nokia advertises offline support as one of Here’s most important features, something Google Maps has to offer, and says that “offline navigation will also keep working, even if you’re not connected.”

The app will become available to Galaxy handset owners as soon as the Gear S hits stores later this year.