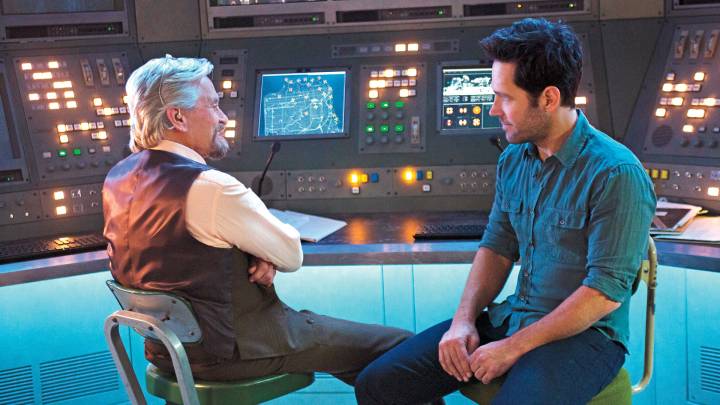 What are your plans for the weekend? Thinking about buying a ticket to Marvel’s new flick, Ant-Man? Not a bad idea — I really enjoyed it — but before you run off to the theater, it’s probably worth watching this “exclusive” clip that Paul Rudd shared with Conan O’Brien earlier this week.

WATCH MORE: This magician stumped Penn & Teller with the most beautiful magic trick we’ve ever seen

Ant-Man doesn’t feature an especially complex narrative, but if you aren’t familiar with the character’s backstory, it certainly won’t hurt to get a better idea of where Ant-Man came from.

It’s a short clip, so don’t worry about spoilers:

Incredible, right? I couldn’t find an accurate count, but I believe that might be more than a dozen times that Paul Rudd has forced Conan and his audience to watch that idiotic clip from Mac and Me over the past 20 or so years. This might be the most elaborate version of the prank Rudd has ever pulled though, because if you were paying close attention, you might have noticed that Ant-Man made a cameo appearance in the clip this time around.

Terrible jokes aside, Ant-Man is great addition to the Marvel canon. If you’re looking for something to do this weekend, I highly recommend giving Marvel’s newest movie hero a chance.