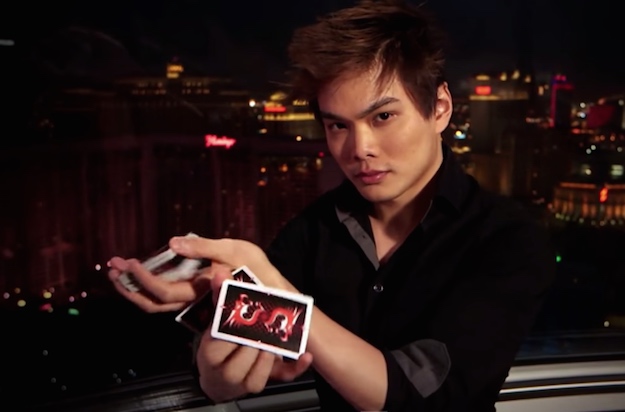 During a recent airing of Fool Us, seasoned magicians Penn and Teller were positively blown away by a magician who executed some of the best sleight of hand you’ve ever seen. When you’ve been around as long as Penn and Teller have, well, let’s just say that they’re not the easiest people to impress.

Shin Lim, however, managed to do just that. A former pianist who turned to magic a few years ago, Lim’s entire performance is accompanied in rhythm by a rousing orchestral piece. What’s more, Lim during the entire performance doesn’t say a word, letting his magic to the talking for him.