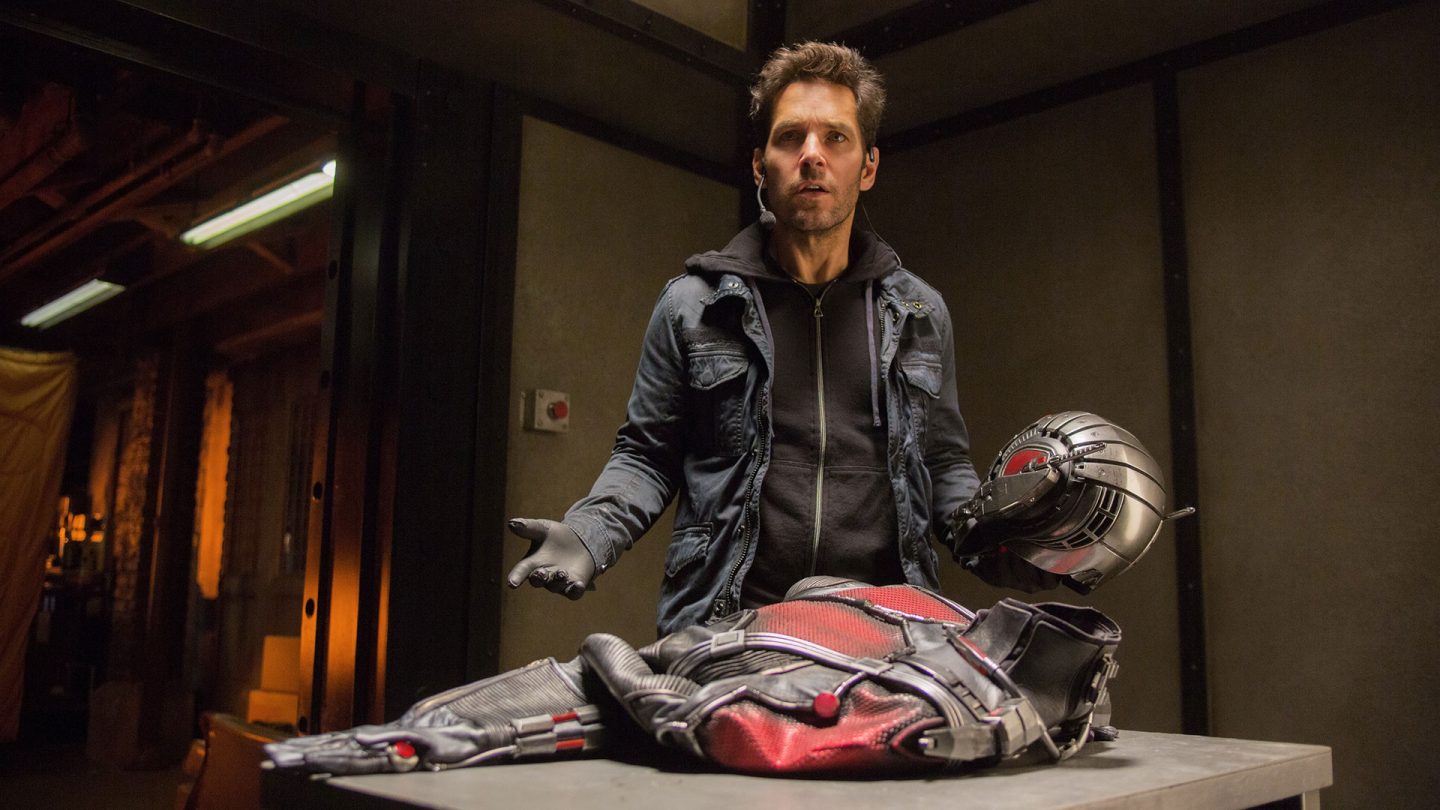 When I stumbled out of the theater after seeing Avengers: Age of Ultron earlier this summer, I couldn’t help but think the stakes had been raised too high. As a Spider-Man and Daredevil fan, I’m better acquainted with villains who don’t immediately threaten to destroy the entire planet, but rather a city, a neighborhood or even just a few city blocks.

Don’t get me wrong — I love a good planetary threat, but the Marvel universe is so much bigger than the Avengers, and Ant-Man is, surprisingly, the perfect vessel to prove that.

Ant-Man is first and foremost about a scientist named Hank Pym who developed the technology (called the Pym Particles) to shrink and enlarge objects (and people). He used this technology to battle threats against the United States decades ago, but realized that if it were to ever fall into the wrong hands, it could be catastrophic, so he hid it away from the world.

The movie follows Hank, along with his estranged daughter Hope and notorious burglar Scott Lang as they try to keep Pym’s technology out of the hands of Hank’s vindictive protege, Darren Cross.

What’s so great about Ant-Man (and it pains me to make this pun) is its size. It’s a small-scale adventure about a deadbeat dad who wants to do right by his daughter. He’s given that opportunity by Pym, and despite his initial hesitation, he knows it’s his only way out of the cycle of crime he’d been locked in.

The performances are also fantastic, especially those of Michael Peña and Michael Douglas, but similar to the Thor series, I felt that the actors were occasionally a distraction from the story itself. Seeing Paul Rudd, Evangeline Lilly and Michael Douglas goofing around in the Marvel universe was an odd experience, but an enjoyable one nonetheless.

Since the movie lost writer and director Edgar Wright relatively early on, it’s hard to know precisely what elements of the movie came from him and what came from director Peyton Reed, but as in any great Edgar Wright movie, everything you see on the screen serves a purpose. If a photograph lingers on screen for more than a second, you know there’s a reason for it. If someone points at an object, you know it’s important. Everything pays off, from the tiniest jokes to the biggest story beats.

It’s a shame that so much of the movie is spent bringing Lang (and the audience) up to speed on Ant-Man’s abilities — it’s becoming increasingly difficult to make an origin story interesting — but the dialogue is fun enough, the secondary characters are developed enough and the tie-ins to the Marvel universe are meaningful enough that it works on the whole.

I’ve become so accustomed to cities being toppled and chunks of the Earth being propelled into the air that the final battle in Ant-Man caught me completely off guard. It’s climactic, it’s exciting and you can’t help but root for Scott Lang, but it’s on as small of a scale as any fight you’ve seen in a Marvel movie.

Scott Lang is not an Avenger (…yet). He’s a dad, a crook and only just beginning to learn the potential of the Ant-Man suit. I can’t wait to see how Marvel utilizes him in Captain America: Civil War next year.