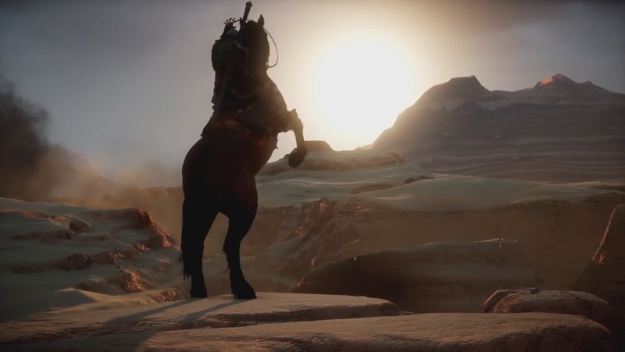 One of the most iconic RPGs of the last generation will return to consoles and PCs this fall. BioWare announced on Tuesday that Dragon Age: Inquisition, the third entry in the series, will release on October 7th of this year. As the sole survivor of a cataclysmic blast that killed thousands, your character is tasked with the responsibility of leading the Inquisition, a force that aims to vanquish evil from the land of Thedas.

Dragon Age has always threaded the needle between turn-based strategy and live action combat, and that trend looks to continue in Inquisition. Players will be able to rush into combat, swords swinging and magic charged if they like, or pause the action and designate specific tasks to characters in their party. In the trailer, we get a look at some of the more intense situations the game might place you in, facing off against dragons and giants in the open world.

As in the first trailer, the new Dragon Age looks stunning on the Frostbite 3 engine. Dragon Age: Inquisition will be available on PS3, PS4, Xbox 360, Xbox One and PC. If Titanfall, Assassin’s Creed: Black Flag and similar multi-generation releases are any indication, Inquisition will look amazing on whichever platform you choose. Unfortunately, the game releases on the same day as the surprisingly promising Alien: Isolation and yet another exciting fantasy RPG, Middle-earth: Shadow of Mordor. Start saving those pennies.