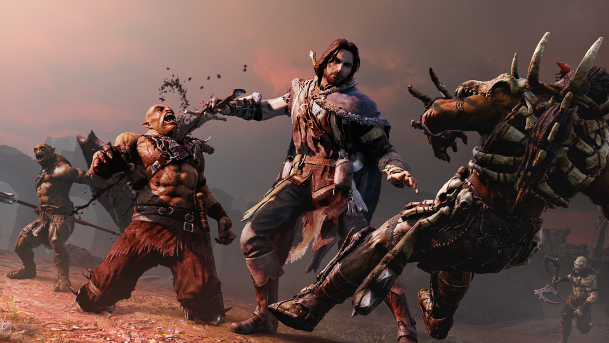 The Lord of the Rings property, much like other high-profile IPs, has been through the ringer when it comes to game conversions. EA’s The Return of the King game was a surprising success in 2003, Turbine’s Lord of the Rings Online has been a bit of a mixed bag, and others are bad enough to not even warrant a mention on this list. Now that the new generation of hardware has arrived, the property is being passed around once again, but if this pre-alpha footage is anything to go on, we’re in for what could be one of the best video game adaptations we’ve ever seen.

Middle-earth: Shadow of Mordor is a prequel to The Lord of the Rings, taking place sometime between Bilbo’s journey to slay the dragon and Frodo’s quest to destroy the One Ring. In Shadow of Mordor, players will take control of a ranger named Talion, exploring the vast open world of Mordor while tearing apart the army of Sauron one orc at a time.

In this pre-alpha footage, Monolith Productions shows off the dynamic Nemesis System, which makes enemy encounters much more personal than a single, fatal encounter. Enemies have names and histories, and if you meet one along the way, that enemy will remember you later. That’s right, bad guys will hold a grudge in Shadow of Mordor.

Monolith is targeting a 2014 release for the game on the PlayStation 4, PlayStation 3, Xbox One and Xbox 360, as well as the PC. Check out the 8-minute trailer below.