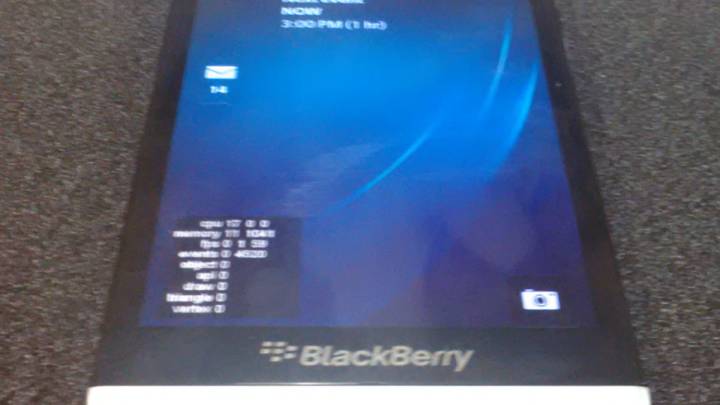 We already detailed the BlackBerry A10 and BlackBerry 9720 yesterday in an exclusive report, but now we are able to share exclusive images of BlackBerry’s flagship handset for the second half of 2013, the BlackBerry A10. Set to launch this fall, the A10 will feature a 5-inch Super AMOLED display, a dual-core processor and a separate graphics processor, and it is going to be the largest phone BlackBerry has ever made in terms if screen size. Unfortunately, it seems as if the display’s resolution is going to be 1280 x 720. That’s compared to 1080p displays that are available on many devices, which offer pixel densities north of 350 ppi.

The styling is much more rounded compared to BlackBerry’s current smartphones, as we reported yesterday, and we are told the back of the device is going to feature something similar to the BlackBerry Q10. Below is a screenshot from the actual handset, and as always, thanks to daddygns.