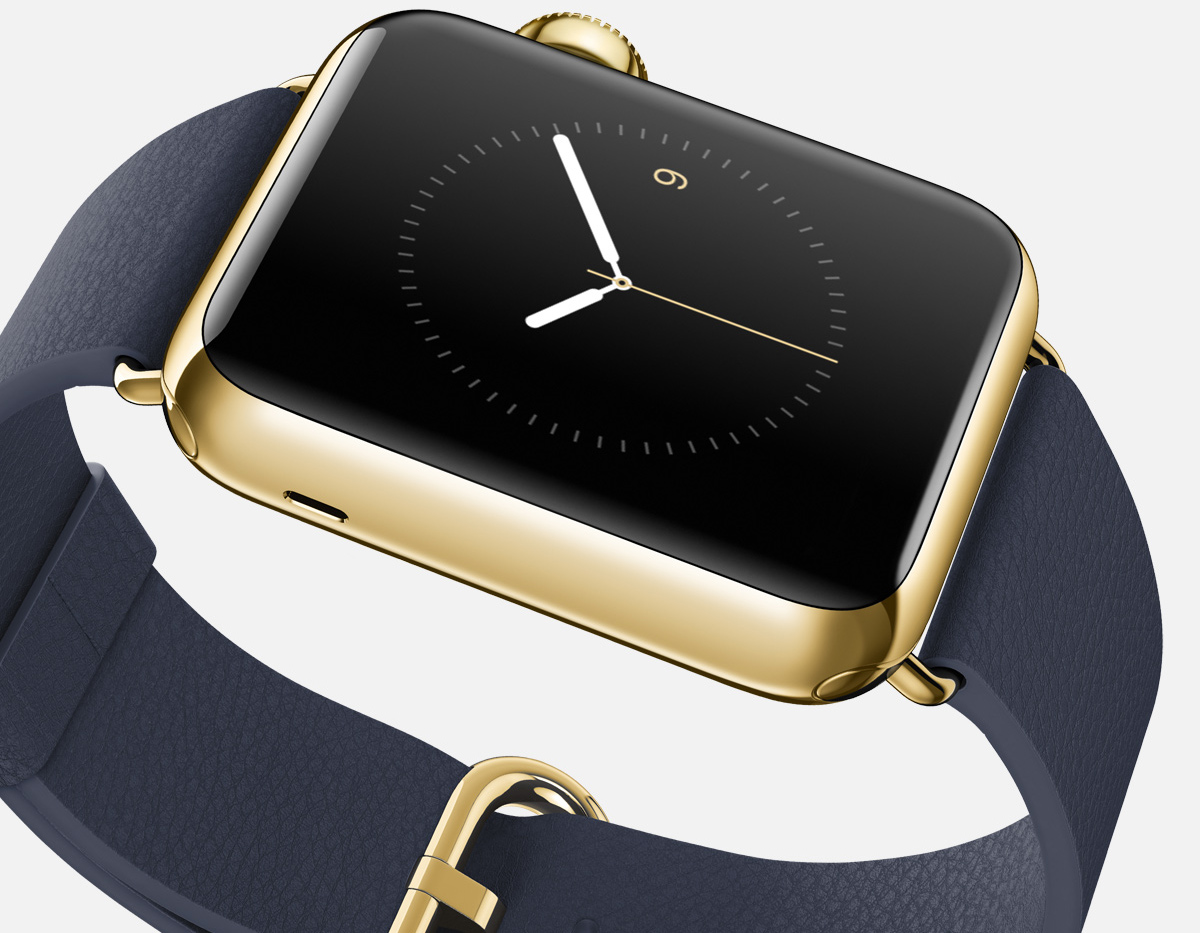 The Wall Street Journal is reporting that Apple’s Watch production for the first quarter of this year is on track for 5 million units. Of that 5 million, half are expected to be the less expensive Apple Watch Sport which starts at $350, and one third are the stainless steel watch, which could sell for $500-$750, most likely. That leaves about 850,000 Apple Watch Edition pieces, the more expensive gold model. I believe the watch will sell for around $3,000 or less, though let’s assume it sells for $4,000 as The Wall Street Journal is hearing, for the purpose of this exercise. Let’s also assume a 35% margin on each Apple Watch model on average (conservative), and including extra bands, an average selling price of $400, $650, and $4200 for the Apple Watch Sport, stainless, and Edition models respectively, and also conservative.

$2 billion dollars of pretax revenue for a single quarter. Do I think Apple could sell 850,000 Apple Watch Edition models in a single quarter at $4,000? I do. But the most interesting part of this experiment is that the Apple Watch edition might not be some unobtainable high-end luxury model. It’s going to feel high-end, you might be standing on carpet when you’re buying it in an Apple Store, but I believe it’s going to be obtainable because it’s singularly going to be the entire driver of profit with Apple Watch. We’re talking about potentially $2 billion of incremental profit to Apple’s bottom line. With the Apple Watch selling just 5 million units a quarter with just 17% of those sold being the Edition. That’s not a bad business, folks.

Remember my Rolex / Apple Watch article? Rolex produces 1,000,000 watches a year, with the least expensive watch hovering around $7,000-$8,000 for a stainless model. Apple could potentially sell 3,000,000 Edition watches in a year. We are talking about so much money it’s not even funny, and you know who isn’t laughing? Switzerland. They are completely and utterly screwed. But let’s take it to the next level… Apple is working on other metals for the Apple Watch, so what if the company releases a platinum Apple Watch that is truly expensive, yet still way less than what a platinum Swiss watch would cost? Instead of $75,000 or $125,000, maybe it’s $15,000 or $25,000. What if Apple starts to do special edition watches like Audemars or Hublot? There are endless possibilities here.

The thing about Apple that’s so different than the high-end watch market is that Apple has the potential to move relatively expensive items at such great scale and they don’t have to worry about exclusivity the way Patek Philippe or A. Lange does. Their watches, the most expensive and complicated ones, sell sometimes in the hundreds of pieces. Meanwhile, Apple is going to sell thousand dollar watches in the millions.

One last thought about the future of Apple Watch, if it truly does take off… I am a mechanical watch fan. I own a bunch, started collecting them years ago, but see how bad the Apple Watch can be for that industry. Is it, down the road, inconceivable to have some of these companies team up with Apple? For instance, maybe these guys in Switzerland are going to at some point understand that while a mechanical watch is lovely, it does two things and two things only — tells the time, and makes a statement. Maybe their customers are going to start getting such use out of the Apple Watch that they no longer wear their actual timepieces as frequently.

I propose a forward-looking concept. A watch manufacturer like IWC makes custom Apple Watch bands, and a custom Apple Watch digital face. The caveat here is, you have to be an existing IWC customer to purchase the bands and watch face. This solves two problems. It let’s people know that when they see the Apple Watch on your wrist, you own an IWC and thus deals with the statement part of the watch, and it also doesn’t completely erode sales for the watch company, while also providing some revenue. I would pay a big number to have an IWC / Apple Watch, I think other people would too.