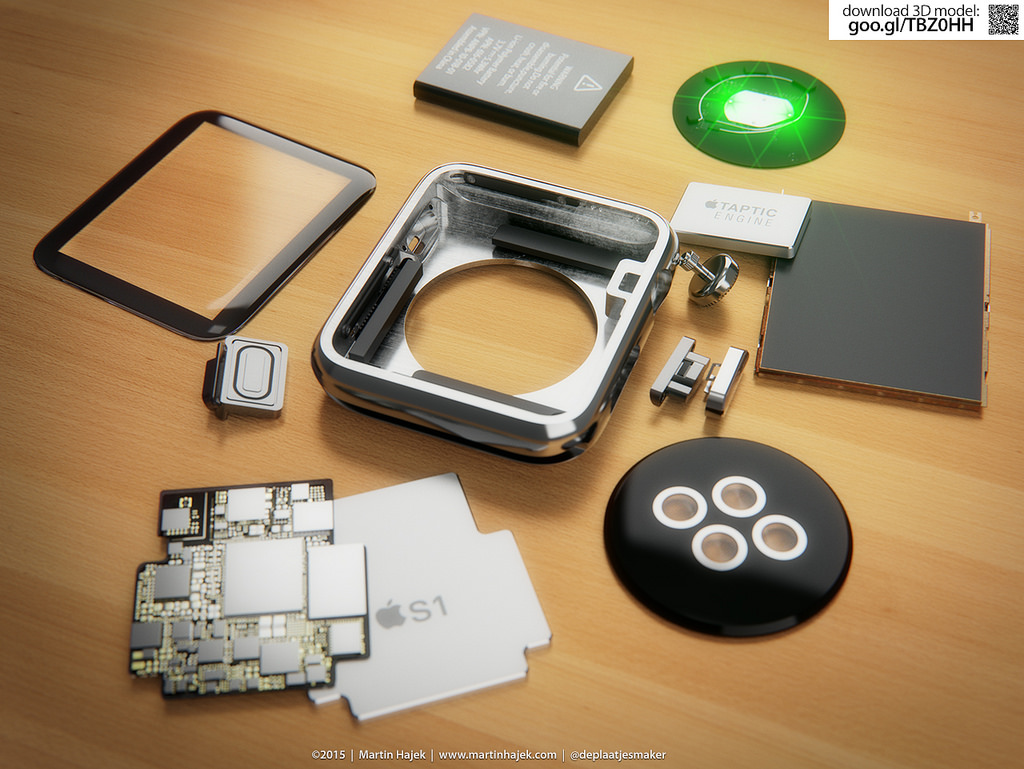 Apple won’t sell you a smartwatch in stores this weekend, as you hoped it would, and the Apple Watch won’t be available in retail stores for the entire month of May, at least according to a recent internal Apple memo that was leaked to the press. Apple choose to only take online orders for the device, receiving harsh criticism for the “fake” April 24th release date. However, it turns out there may be a more than plausible explanation for Apple’s decision, analyst Carl Howe revealed in an extensive piece on his blog.

In addition to offering his own forecast for Apple Watch sales and profits, Howe also proposed an interesting idea for Apple’s plan of manufacturing the Apple Watch. According to him, given the complexity of the product, and the fact that Apple is insisting the device will be highly customizable – and hence it’s offering many personalization options, including size, Watch material and bands – the company decided to simply take a cautious approach to making and selling the device.

Instead of mass-producing too many specific Apple Watch models, and risk seeing some of them go unsold, Apple may have opted for a build-to-order tactic to better gauge interest for the device. The company may have simply made a number of Apple Watch models for in-store display and early preorders, and then waited for preorders to come in.

“Imagine that someone came to you and asked you to deliver a million Origami (that’s the art of Japanese paper folding) lobsters within the next month,” Howe wrote, proposing a thought experiment for Apple’s Apple Watch-making problem.

“Now let’s make this a little more realistic. As it turns out, we really want a million lobsters of two different sizes. Further, ordinary paper tears too easily and is the wrong color for Origami lobsters, so we’ve decided to make our own paper; that will require its own process. We also need to be able to deliver some of the lobsters with glitter and others with hand-painted decorations; we’ll need to plan to supply and apply those materials too. Oh, and we want to make a few thousand out of two colors of pure gold leaf instead of paper. You’ll have to manufacture the paper for that too,” he said.

“There’s no rush; you can deliver your million lobsters any time during the month, provided that you don’t mind people complaining that you are way too slow at getting this done. Oh, and you’ll be criticized in the international press for every failure to produce perfect lobsters.”

“And now, imagine this same plan, except with this twist: no one has successfully folded this particular type of Origami lobster before, so you really don’t know how it’s all going to turn out. And your reward if you are successful will not be praise, but demands that you build even more next month,” Howe added.

With a build-to-order strategy in place, at least for the beginning of sales, Apple would be able to keep production costs at a minimum, and further improve smartwatch margins by adapting manufacturing to the needs of consumers. However, assuming that’s indeed the case, Apple still failed to convey (part of) that message to fans eager to buy the device in stores on launch day.

So far, unofficial data shown that the Apple Watch Sport model is the most popular with crowds, with some 60% market share, followed by the Apple Watch model with around 40%. Surveys have also looked at what Watch bands users prefer, revealing for example that the Black Sport Band was the more popular choice. Furthermore, the bigger 42mm Watch display is most favored by buyers, according to the same early data from Slice.

Howe’s full analysis of the Apple Watch is available at this link, and it’s definitely worth a read.