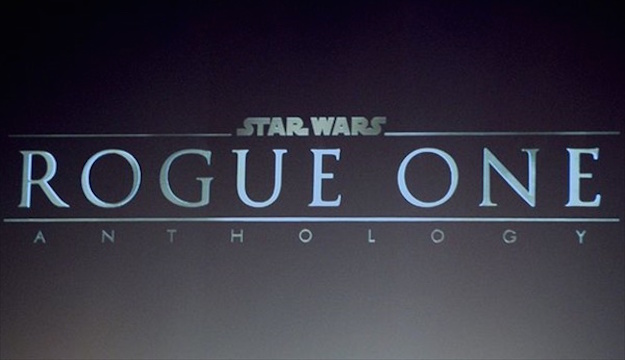 Believe it or not, the release of the second trailer for Star Wars: The Force Awakens was not the finale of Star Wars Celebration in Anaheim last week. In fact, that was just the highlight of the first day. In the succeeding days, there were more announcements, more interviews and more trailers, including an early teaser for Rogue One, the first film of the Star Wars Anthology Series.

Over the weekend, director Gareth Edwards revealed that Rogue One “will revolve around a rogue band of resistance fighters who unite for a daring mission to steal the Death Star plans and bring new hope to the galaxy.”

The spinoff film will take place in the years between Revenge of the Sith and A New Hope, and will have a darker tone than the numbered entries in the Star Wars series.

“I couldn’t sit in a cinema and know that someone else made this film,” Edwards said during the panel.

Edwards and the Lucasfilm executives at the panel then unveiled a short, one-minute teaser for the film featuring a voice-over from Alec Guinness’s Obi-Wan Kenobi. Unfortunately, the trailer hasn’t been officially released yet, but as you’d expect from a crowd of thousands, more than one fan decided to risk recording the screen.

It’s not the best quality, but it’s all we’ve got until the studio releases the official video: