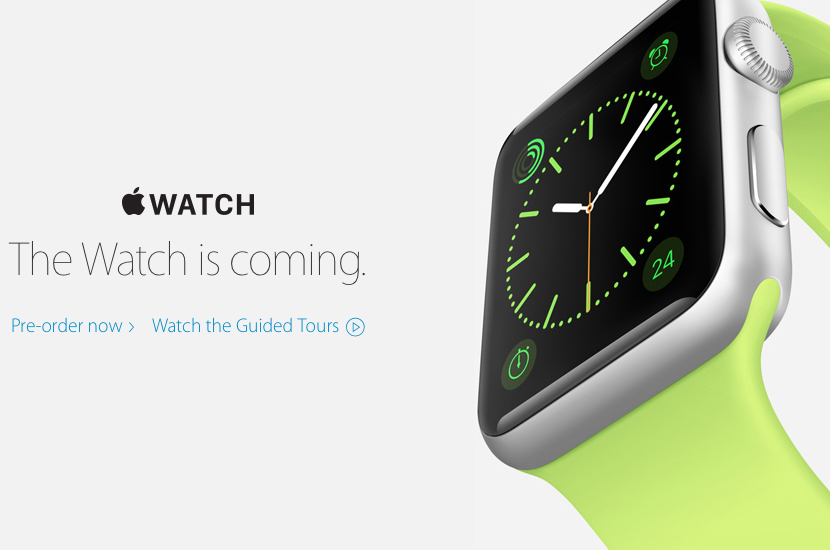 Much has already been said on the fact that Apple’s Watch launch is basically a mess from a simple perspective: the company’s most important new product since the iPad debuted in 2010 will not be available in stores on the day Apple marked as the official release date. Many buyers who preordered the device will not receive it on April 24th either, but that doesn’t seem to be as important as the fact that Apple won’t be able to use its massive infrastructure of retail stores to sell Watches to walk-in customers who aren’t keen on just ordering the device online.

Apple might not be able to fix its launch problems at this point, but at least the company is publicly acknowledging its launch marketing issues.

DON’T MISS: Math problem from Singapore goes viral – can you solve it?

A recent report from an unhappy customer who emailed Tim Cook on the Watch’s “fake” launch date problem revealed Apple is taking very seriously these concerns, looking at ways to fix its problems.

What’s clear is that Apple Watch units will not be available in stores on launch day, and you’ll have a hard time finding out throughout the month of May. Apple’s Angela Ahrendts confirmed that in a fresh internal memo, obtained by iGen.fr and available in full at the end of this post. The exec also praised the online Apple Watch launch performance and said that the company will return to the kind of product launches it’s famous for in the future, lines-in-front-of-stores included.

Apple appears to have sold every Apple Watch unit it was able to make, as it’s dealing with various manufacturing issues according to unconfirmed reports. Early lucky buyers will get their Watches starting with next Friday, the exec revealed. But, for the time being, Ahrendts can’t say when in-store purchases will be available to customers.

While Apple’s internal memo is supposed to be more or less secret, although these messages keep leaking to the press, the company also appears interested in not calling April 24th the actual launch date of the device anymore. At least not in public marketing materials.

As noticed by 9to5Mac, Apple has removed the “Available 4.24.15” mention on the main Watch web page, replacing the text with a simpler “The Watch is coming” message that doesn’t list an actual launch date (see image above). The change is immediately noticeable on the U.S. Apple Watch page, although it’s yet to be applied to international Apple sites. On the French site, you can still see the “Le 24 avril 2015” in place (see screenshot below). The date is also present on U.K. and German Apple Watch sites.

On behalf of Tim and the rest of the executive team, I want to thank you very much for making last Friday’s debut of Apple Watch unforgettable. The Previews going on in our stores and support from our Contact Centers are unlike anything we have done before.

The feedback from customers is overwhelmingly positive. They are excited about Apple Watch, and your teams are creating fantastic experiences for them. Customers who pre-ordered will start receiving deliveries next Friday as planned, and I know you will do a great job helping them get set up.

Many of you have been getting questions asking if we will have the watch available in stores on April 24 for walk-in purchases. As we announced last week, due to high global interest combined with our initial supply, we are only taking orders online right now. I’ll have more updates as we get closer to in-store availability, but we expect this to continue through the month of May. It has not been an easy decision, and I want to share with you the thinking behind it.

It’s important to remember that Apple Watch is not just a new product but an entirely new category for us. There’s never been anything quite like it. To deliver the kind of service our customers have come to expect—and that we expect from ourselves—we designed a completely new approach. That’s why, for the first time, we are previewing a new product in our stores before it has started shipping.

Apple Watch is also our most personal product yet, with multiple case and band options because it’s an object of self-expression. Given the high interest and initial supply at launch, we will be able to get customers the model they want earlier and faster by taking orders online.

I know this is a different experience for our customers, and a change for you as well. Are we going to launch every product this way from now on? No. We all love those blockbuster Apple product launch days—and there will be many more to come. They’re the moments where you, our teams, shine. And our customers love them as well!

Apple Watch is an exciting new product and we are at the start of a very exciting time at Apple. You’re the best team on earth and you are doing an amazing job.

For customers who want to buy a watch, please continue to help them place their order online. Also make sure they know that, wherever they buy, Apple will provide them with a great Personal Setup experience — either online or in our stores. This includes syncing their Apple Watch with their iPhone and teaching them about all the incredible features of their new Apple Watch.

Thank you very much again, and I look forward to seeing you soon.