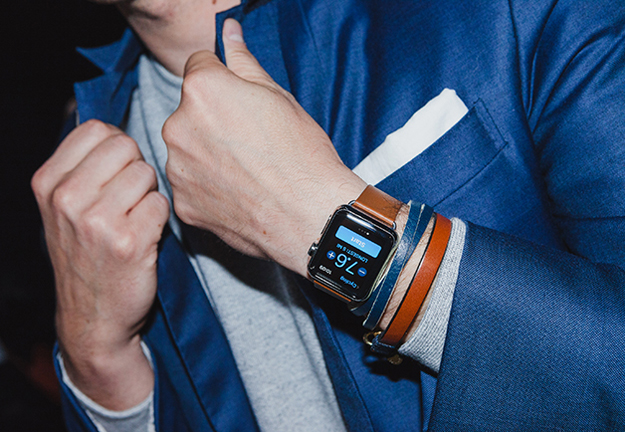 The Apple Watch really is an impressive device that hits so many notes earlier smartwatch offerings were unable to manage. The design is sleek, the build is solid and premium, the display is gorgeous, and the interface is smooth and beautiful. It’s certainly not perfect — in fact, some things about the Apple Watch are positively infuriating — but there’s no question that Apple has done an impressive job when it comes to bridging the gap between fashion and wearables.

One thing Apple likely hasn’t done, however, is create a device that will go a long way in helping single men attract members of the opposite sex.

In a recent thread on the MacRumors forum, a number of enthusiastic Apple fans came together to discuss whether or not the Apple Watch is helping them “pick up girls.” The thread began like this:

Shocked that this hasn’t been discussed. And no this isn’t going to be your best troll reply. Or you saying you been with a 1000 women since receiving the watch. But seriously, how many of you have actually went out in public and used the watch as conversation starter?

I noticed myself that even wearing the smaller 38mm in public. Women do stop me to ask if I am wearing the “watch”. You would be surprised how well this works in public. Of course they aren’t going to be with you cause you are wearing it. Once they stop you, and start talking to you. The rest is up to you. It’s not a miracle worker lol.

The first response is quite telling — “Tbh I can see the watch having the opposite effect haha” — but a later response was definitely the best of the bunch: “Depends, are we talking women that accept Apple Pay?”

Most forum users seemed to agree that the Watch hasn’t done much for them in this area. Interestingly, one female user noted that if anything, a woman wearing an Apple Watch would be far more likely to attract attention from men. One man even said that he would probably take his Apple Watch off before approaching a woman to strike up a conversation.

The full thread is an amusing read, and it’s linked below in our source section.