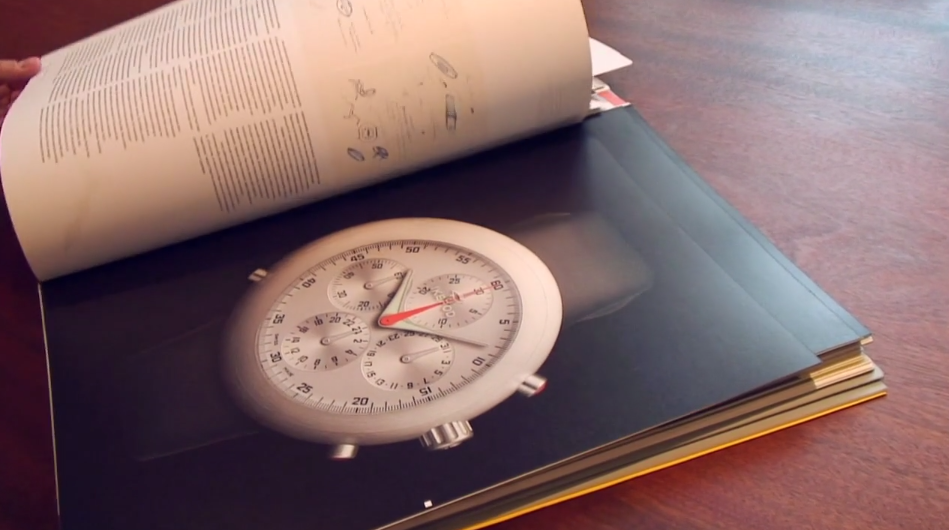 Late last week we learned that Apple had just made a crucial new hire in famous industrial designer Marc Newson. Although Apple didn’t specify what Newson would be working on while at Apple, there’s a good change that he’ll be working on some kind of wearable computers given his background in making watches. In a video posted two years ago on Vimeo, Newson ran through his full portfolio of timepiece designs, ranging from his earliest watch designs in the 1980s to his work making large clocks on behalf of Swiss watchmakers.

Among other things, Newson showed off several of his past watch designs during his with Ikepod, the company created in the mid-’90s. However, Newson said that “the most successful timepieces” that he designed were large clocks that he created on behalf of Swiss watchmaker Jaeger-Lecoultre.

“They’re large clocks… that are almost sort of self-perpetual in a way,” Newson explained. “They’re powered by small differences in temperature, so you never have to wind them. It’s quite a famous clock.”

Newson, who is good friends with Apple design boss Jony Ive, will also likely fit in well at Apple because he already has experience bashing other companies’ design choices — earlier this year, for instance, he called out Google for designing Google Glass in a way that makes its users look “stupid.”

Marc Newson on designing watches from Dezeen on Vimeo.