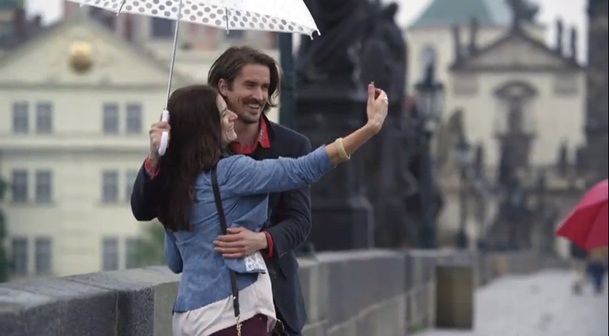 Apple released a new television commercial earlier this month titled “Our Signature.” The spot is one of numerous TV ads currently promoting Apple products in the United States, and this one in particular tries to tug on our heartstrings and draw an emotional connection between people and their Apple gear. Maybe it succeeds, maybe it doesn’t, but according to TV advertising expert Ace Metrix, Apple would have been wiser to show a bunch of dancers flying around the screen while clicking keyboards into tablets.

CNET reports that according to Ace Metrix, which measures the public’s response to television commercials and shows by surveying “at least 500 people,” Apple’s new ad scored a 489. Other recent Apple ads were given similar low scores, and the industry average is 542.

The same firm tested Microsoft’s original Surface commercial and found that it scored a 674.

I should note that personally, I liked Microsoft’s Surface ads. I really liked them, in fact, and I wrote about them at length. As part of a broad campaign that sought to reposition Microsoft as a young, cool company, they were fun ads. When it came to selling products though, they failed. The Surface RT tablet these ads touted was not a success — sales came in well below expectations.

But the original Surface ad scored a 674.

Apple’s new “Our Signature” ad follows below, as does Microsoft’s original Surface spot.