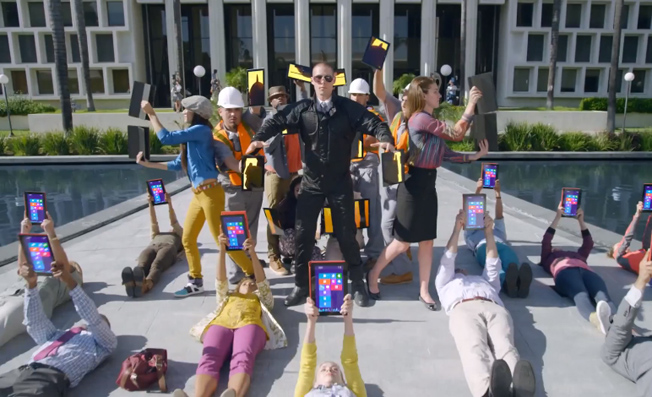 Microsoft (MSFT) began airing its debut Surface tablet commercial earlier this week and early responses have been mixed. I have seen some praise strewn about the Web, but the loudest responses to the ad seem to come from tech bloggers and pundits who have panned the colorful commercial because it doesn’t focus on showing us the Surface’s various functions or its benefits over Apple’s (AAPL) market-leading iPad. There have been a few valid points made amid the chatter, but most of these complaints are missing the big picture by a mile.

Windows 8 and Windows RT are a major departure from earlier versions of the Windows platform, and this is obviously by design. Moreover, Microsoft is on the cusp of a major strategy shift — perhaps one of the biggest in its storied history. I wrote about it at some length in a piece published earlier this week after my visit to the company’s Redmond, Washington-based headquarters.

The world’s largest software company is expanding beyond software and into hardware. It has done this before with the wildly successful Xbox, and also with the painful failures that were the Zune and the KIN. But Microsoft has never dared to make aggressive moves into the Windows hardware space, a market where its core product is licensed by vendor partners and serves as the foundation of their businesses.

I could discuss the strategy and logic behind this move at length — and I will, over the coming weeks — but in the context of Microsoft’s debut Surface commercial, let’s focus on a second major piece of this puzzle.

Windows has not been a platform that inspires passion or devotion to the extent that more modern platforms do, at least not in recent years. One need only look to the comments section of any technology news site to see how deep the connection between a user and his or her device can be when that device is an Android phone, an iPhone or a BlackBerry smartphone. No, Windows is something people need to use. They buy computers and those computers run Windows, so they use Windows.

With everything that Microsoft does in the coming months, consider it in this context: Microsoft is now tasked with initiating a fundamental shift in the way the world perceives its products and services. Microsoft must transform Windows from something you need into something you want.

The company is spending truckloads of money to market Windows 8 and its Surface tablet — as much as $1.8 billion, according to some rumors — and this is only the beginning. Of course we will see commercials that focus on the Surface’s feature set, and of course we will see ads that dive into Windows 8’s various new features. We will also see commercials focused entirely on changing the public’s perception of Microsoft and of Windows, however, and these are just as important.

So, while watching Microsoft’s massive marketing blitz unfold over the coming weeks and months, bear that in mind. The company’s task is hardly as simple as selling slates — if only that were the case. Instead, Microsoft is on a mission to change the way the world sees the Windows platform.