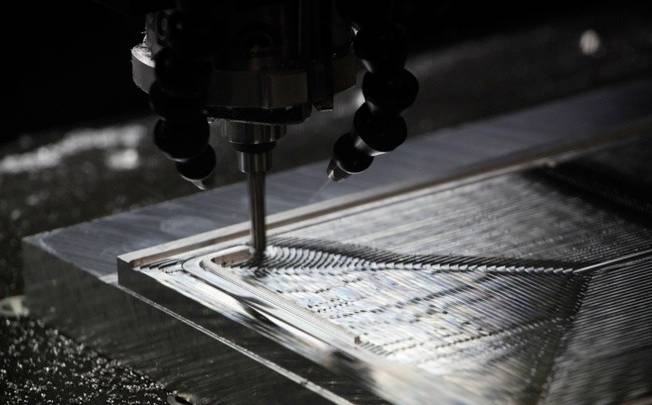 Both literally and figuratively, Microsoft’s (MSFT) Surface is more than just a tablet. In the literal sense, the sleek device is something of a tablet-notebook hybrid that employs a novel design and innovative accessories to make creating content just as convenient as consuming content. Figuratively, the Surface marks the dawn of a new era at Microsoft. The world’s largest software company has produced hardware before, but this time things are different. This is not a secondary business like Xbox or an ill-conceived also-ran like the Zune. This is Microsoft’s vision of the ideal vehicle for Windows, the foundation on which thousands of businesses are built. On top of that, the Surface represents a fundamental shift in Microsoft’s strategy. No longer will the company build software and rely solely on its partners to sell it. Instead, Microsoft will build experiences.

The Surface represents the start of a new Microsoft. The company has reinvented itself in the past, but likely never to the extent we will see in the coming years. Long-time rival Apple (AAPL) has gone from nipping at Microsoft’s heels — and even teetering on the brink of bankruptcy — to becoming the biggest consumer electronics company in the world, and it achieved the remarkable feat by building elegant end-to-end experiences and spending billions to market them to users in a very particular way.

Now, Microsoft will try to do the same.

Microsoft has never created anything like the Surface tablet before, and the company marked the momentous occasion with another first: The software giant opened the doors to the press.

BGR was invited to Microsoft’s Redmond, Washington-based headquarters this week to take an inside look at the process that began several years ago — even before Apple launched the iPad — and culminated with a new touch-friendly version of the Windows operating system as well as the Surface tablet. The meetings and presentations lasted for more than six hours on Monday but the takeaway was simple: Microsoft is in the process of becoming a new company.

Some time after Microsoft decided Windows 8 had to be a big departure from its earlier operating systems to accommodate an impending fundamental shift in the PC market, the company made another tough decision. In order to deliver an experience to users that is exactly what Microsoft wants it to be, the company would have to take command of every aspect of the product — software and hardware.

And while nothing has been announced at this point, BGR revealed earlier this month that Microsoft likely came to a similar conclusion regarding smartphones a few years later.

Microsoft went into great detail about the process that ultimately led to the tablet that it will launch on October 26th starting at $499. Company executives introduced us to the design team, which showed us dozens of early mockups of the tablet made out of everything from cardboard and scotch tape to machined aluminum. They brought us into their display testing lab and explained just how much time and effort was put into the Surface’s remarkably clear 10.6-inch optically bonded display panel with in-cell touch elements. While this technology is used on dozens of smartphones, the Surface will be the first mass-market device to use the tech on such a large panel — the result is less glare, less reflections and a picture that rivals the Retina display on Apple’s iPad.

Microsoft also showed us its test facilities where engineers test every function of the device. My personal favorite was the drop testing mechanism, of course, and Microsoft went to great lengths to ensure it built a sturdy device that could withstand inevitable drops. How durable is the Surface? In one of Microsoft’s labs, Windows group president Steven Sinofsky strapped wheels onto a Surface tablet and rode it around like a skateboard.

We also got to spend some time with Microsoft’s flagship Surface accessory, the Touch Cover. The Surface design team knew relatively early on that it wanted to create a thin, book cover-like accessory that would function as a keyboard, but team members wanted to ensure that they created a device that was both functional and novel. The result indeed covers both bases.

After much deliberation, Microsoft set out to build a detachable cover that could double as a keyboard but was just 4.2 millimeters thin. In the end, the company created a polyurethane keyboard cover that is just 3 millimeters thick — 29% thinner than the initial goal — and it completely changes the Surface experience.

I spent some time testing the Touch Cover in Microsoft’s lab, and it is a great compromise between typing on glass and a standard full keyboard. The combination of the Touch Cover and Surface’s integrated kickstand allows the device to be used in a sort of laptop mode, doing away with the on-screen keyboard and leaving the entire 10.6-inch display open to display content.

For users who want a more familiar typing experience and don’t mind a bit of added bulk, Microsoft will also make a Type Cover available with a standard keyboard for just $10 more.

More than 200 custom-built components are contained within the Surface’s magnesium case, and we were able to take a look at many of them during a session with a disassembled tablet. As is the case with any consumer electronics device from a leading consumer electronics company, Microsoft went to great lengths to build a product in line with its vision. And in some cases, the company went above and beyond.

One example of this attention to detail and willingness to go the extra mile is the Surface’s kickstand. This part is made from the same magnesium as the rest of the tablet’s case, but the devil is in the details. Microsoft’s designers engineered custom hinges that would ensure not just the proper feel when opening and closing the kickstand, but also the proper sound. Then a magnetic closure was added to make opening the kickstand easy and to guarantee that there are no cheap-feeling rattles when it is closed.

Touring Microsoft’s facilities and meeting some of the minds behind the company’s debut tablet was a terrific experience, but a number of questions surrounding the Surface remain, and one of the biggest is the platform that powers it.

Windows 8 represents a departure from Microsoft’s comfort zone, and Windows RT complicates and confuses matters. Microsoft will not launch a Windows 8 Pro version of the Surface until early next year, and the task of educating consumers and enterprise users of the differences between these two versions of the Windows platform is daunting.

The company still seems a bit unclear as to how it will accomplish this task, leaving much of the leg work in the hands of its retail sales staff. This is a risky bet for obvious reasons and although Microsoft will have 65 retail locations open in the United States by the time the Surface launches next week, the majority of Surface buyers will likely purchase the tablet online. Without clear and concise messaging that differentiates Windows 8 and RT, some will receive their gorgeous new tablets and soon realize that they can’t run any legacy Windows software.

This hurdle will eventually be overcome as Microsoft and its partners continue marketing and selling new Windows devices, but the road will likely be rocky in the early days. Pricing, however, may always be a hurdle.

As gorgeous and versatile as the Surface with Windows RT is, it does not carry a fully functional desktop-grade OS. Instead, it dwells in the land of tablets and competes directly with Android offerings and with Apple’s iPad. At $499 alone and $599 with a Touch Cover (or $619.99 total if you want a cover in a color other than black), the Surface will have trouble competing with the iPad despite its larger 10.6-inch display, more internal storage and other advantages. Compounding matters is the imminent release of the cheaper iPad mini, and the fact that available apps for Windows RT will be limited at launch.

We now sit in the early days of a huge shift at Microsoft, and the Surface will be an important learning experience for the company. Is Windows important enough to Microsoft’s hardware vendor partners that they will have no choice but to play along as Microsoft treads on their turf? Will consumers and enterprise customers appreciate the cohesive end-to-end experience Microsoft is delivering with the Surface? Can a Windows RT device command attention without a clear price advantage in a market dominated by the iPad?

These questions and more will be on all our minds in the coming months, and their eventual answers will shape Microsoft’s future as the company reinvents itself in the post-post-PC era.