While the news slipped out a bit earlier than the company intended, Microsoft (MSFT) on Tuesday announced pricing and preorder details for its highly anticipated Surface tablet. Preorders for the sleek new Microsoft slate will begin at 12:00 p.m. EDT, 9:00 a.m. PDT on October 16th, though the company stated that quantities will be limited during the pre-sale period. The Surface, which is initially only available running Windows RT, will be priced in line with Apple’s (AAPL) iPad starting at $499, but the base Surface model will include twice as much internal storage (32GB). The tablet is also available bundled with a black Touch Cover accessory for $599 (32GB) or $699 (64GB). A version of the Surface running Microsoft’s full Windows 8 Pro operating system will launch early next year. 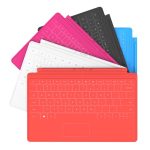 Key Surface specs include the NVIDIA T30 processor, 2GB of RAM, front- and rear-facing 720p HD cameras, a full USB 2.0 port, Bluetooth 4.0 and microSDXC support, and the tablet comes bundled with Microsoft Office Home and Student 2013 RT Preview with a free upgrade to the full version once it becomes available.

Also of note, the innovative 3 millimeter-thick Touch Cover with an integrated soft-touch keyboard is available in a variety of colors for $119.99 each and the Type Cover, which provides a more standard typing experience, is available for $129.99. Microsoft’s Surface can be preordered at http://www.surface.com, and the company’s full press release follows below.

REDMOND, Wash. — Oct. 16, 2012 — Microsoft Corp. today released new details about its highly anticipated Microsoft Surface, a tablet PC designed to be the ultimate stage for Windows. In addition to pricing and market availability, the company announced a special limited-quantity pre-order for Surface with Windows RT available 9 a.m. PDT. Those who want to learn more or pre-order can visit http://www.Surface.com.

A variety of accessories will also be available, including Touch Covers in five vibrant colors — black, white, magenta, cyan and red — priced at US$119.99 so customers can express their personal style1. Customers will also have the option to purchase a Type Cover in black for US$129.99, which adds moving keys for a more traditional typing feel.