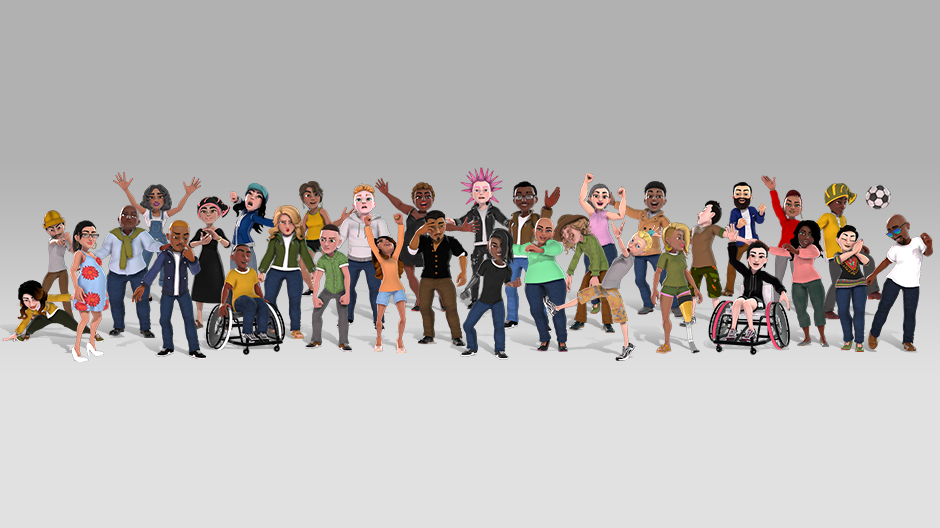 Ever since the Xbox One launched in 2013, fans of the platform have been asking about avatars. Xbox Avatars never quite caught on like the Nintendo’s Mii avatars did, but they were popular enough on Xbox 360 to prompt the team to enhance them for the next generation console. Microsoft has been teasing their return for months, but on Thursday, the company announced they are rolling out now as part of the October dashboard update.

As we’ve noted before, the new Xbox Avatars are far more customizable and expressive than the 360 versions. It was vitally important to Microsoft that everyone would be represented in digital form, which is why you can change virtually anything about your avatar, from skin color to clothing to hair style to mood.

“Avatars will appear across your Xbox One. You will see your own Avatar on your profile, as well as the profile pages of anyone who has chosen to represent themselves as an Avatars,” explains Director of Program Management for Xbox Platform, Jason Ronald. “You’ll also find Avatars on activity feed posts, Friend blocks on the Home screen, Gamerscore leaderboards, club headers, profile comparisons, and more.”

The October update also adds Cortana and Alexa support to the Xbox One through the new Xbox Skill. The Xbox Skill expands voice navigation beyond a headset and the (dearly departed) Kinect, allowing you to adjust the volume, start a game, capture screenshots, or power on your console with an Echo (or other smart speaker).

Dolby Vision HDR video streaming support is another addition of the October update, which means you’ll be able to view HDR content on more TVs with your Xbox One S or Xbox One X. To enable Dolby Vision on your console, go to Settings -> Display and sound -> Video output -> Video modes -> Allow Dolby Vision.

Finally, five new languages have been added to Narrator on Xbox One: Spanish, Portuguese, Polish, Swedish, and Dutch. There’s also a new Australian version of the English language Narrator. All of this is available right now as part of the October update, which should pop up on your Xbox One by the end of the day.