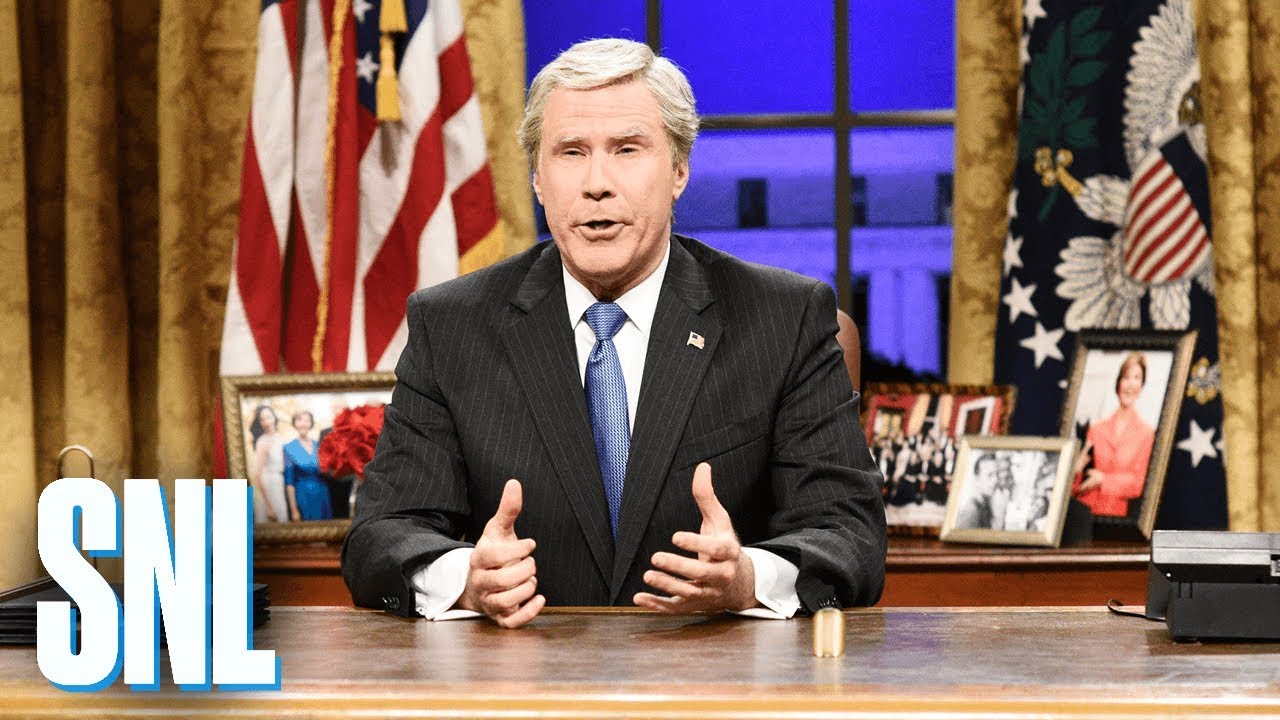 Will Ferrell returned to host Saturday Night Live for the first time since 2012 this past weekend, lifting the show to its highest ratings since last May. But despite Ferrell having been one of the most popular and successful cast members in the show’s history, the writers opted not to rehash his beloved sketches or reintroduce his silliest characters. There was no Celebrity Jeopardy!, yelling at kids to get off the shed or even a single cowbell.

What we did get was the return of Will Ferrell’s George W. Bush impression for the cold open at the beginning of the episode. Bush was possibly Ferrell’s most famous impression of all, so it only made sense to have him return to the stage to comment on the Trump presidency, which has significantly elevated his approval ratings.

“I’m suddenly popular AF and a lot of people are saying ‘man, I wish George W. Bush was still our president right about now,'” says Ferrell as Bush. “So I just wanted to address my fellow Americans tonight and remind you guys that I was really bad. Like, historically not good.”

He then goes on to remind us that we’re still involved in two wars that he started, that the economy crashed at the end of his presidency, and that Dick Cheney was a monster. And when it comes to the “fake news” media hating on a president, don’t forget that a reporter once threw his shoes at Bush during a press conference.

All in all, the cold open sketch was the highlight of a pretty decent night for SNL.