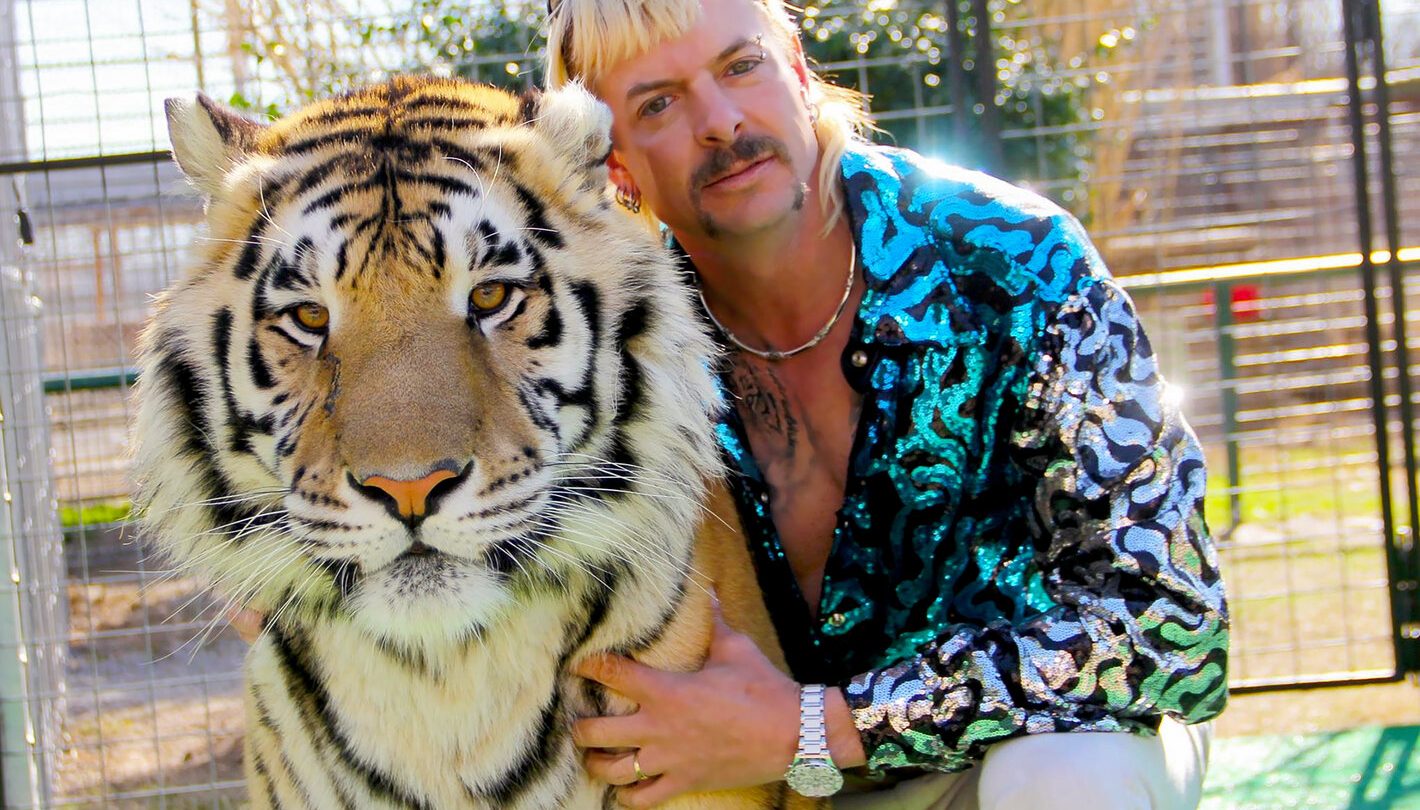 One of the biggest Netflix productions ever is returning later this year, after giving us a totally bonkers first season of murder-for-hire, exotic animals, and more. That’s right, Tiger King Season 2 is a go at the streamer, as part of a true-crime slate of productions announced on Thursday.

Netflix hasn’t released a date yet for when the sophomore season of Tiger King will arrive. Hopefully, though, no one has forgotten that the first season was a near-unparalleled global hit for the streamer. One that captivated people’s attention like few other things early on in the coronavirus pandemic, with 64 million households consequently attracted to Tiger King in the first four weeks after its March 2020 premiere.

Eric Goode and Rebecca Chaiklin are directors of the new season. It’s a Goode Films Production in association with Library Films and Article 19 Films.

Presumably, the show will pick up right where things left off at the end of the first season. And will include events surrounding Joe Exotic’s attempt to wrangle a pardon during the waning days of the Trump administration. A turn of events, you may recall, that seemed likely enough that someone decided to have a stretch limo ready outside of the Netflix star’s prison so that he could be quickly whisked away when the time came.

True crime content like this has indeed proven to be part of a popular and fast-growing category on Netflix. Especially with recent projects like Heist and Cocaine Cowboys likewise garnering buzz. As a result, the trailer below has a quick look at what else the streamer announced on Thursday:

These other newly announced projects from Netflix are coming in early 2022. They include:

Netflix’s description: “From the acclaimed filmmakers behind The Imposter, this three-part series tells the jaw-dropping story of one of the world’s most audacious conmen who was convicted in 2005 for stealing fortunes and destroying multiple lives. But now, in an incredible twist, the story reaches into the present day. With a desperate family (that fears) for their mother’s safety.”

Netflix’s description is as follows. “The Tinder Swindler tells the jaw-dropping story of a prolific conman who posed as a billionaire playboy on Tinder, and the women who set out to bring him down.”

Trust No One: The Hunt for the Crypto King (Film Premieres in 2022)

Here’s how Netflix summarizes this one. “Follow a group of investors turned sleuths as they try to unlock the suspicious death of cryptocurrency multimillionaire Gerry Cotten and the missing $250 million they believe he stole from them.”

Here’s the Netflix synopsis. This series follows “celebrity restaurateur Sarma Melngailis,” aka the ‘Vegan Fugitive’ after she’s conned out of millions.” And her swindler, Netflix continues, is “a man who convinces her he can expand her food empire and make her beloved pit bull immortal.” As long as she never questions his increasingly bizarre requests, that is.