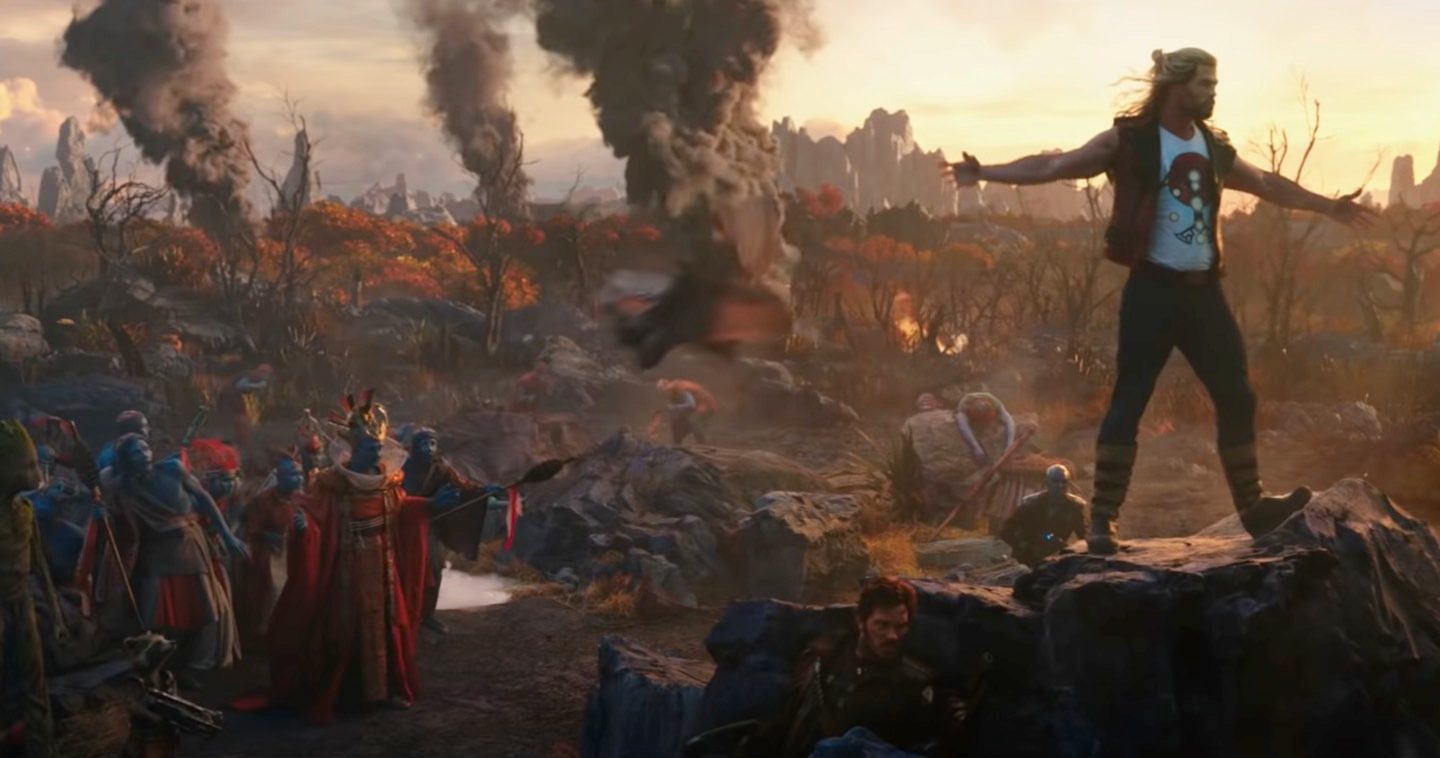 We’re three weeks away from the Thor: Love and Thunder premiere, and we still don’t know what happens in the fourth installment in the Thor franchise. That’s refreshing and unusual, considering that Marvel’s MCU Phase 4 has been plagued by massive leaks that have spoiled the plots of so many other movies. Eternals, Spider-Man: No Way Home, and Doctor Strange in the Multiverse of Madness are a few examples that come to mind. Of course, it’s not a plot spoiler that Thor: Love and Thunder has post-credits scenes, just like any other Marvel movie.

Now, we’re starting to see the first leaks covering the aforementioned credits scenes. If you want to avoid Thor 4 spoilers, you should stop reading right here.

Does Thor 4 have any post-credits scenes?

As I just said, there’s no question that Love and Thunder will feature post-credits scenes once the movie ends. That’s a tentpole feature of MCU projects, whether they’re movies or TV shows. It’s very rare for Marvel to avoid post-credits. Avengers: Endgame is the only recent example that comes to mind.

Love and Thunder isn’t as big of a movie as Endgame, however. And it’s not as pivotal. Therefore, we do expect post-credits scenes from Thor 4. Leaving the theater when the credits start rolling would be a bad idea.

Mind you, this is not an official Marvel account. And we can’t verify the claims just yet. But it makes sense to expect anywhere between one and three post-credits scenes for MCU movies like Love and Thunder.

How many post-credits scenes will Love and Thunder have?

We’re still in the middle of the MCU Phase 4, and the main storyline that Marvel is working on is not yet clear. We do have a significant theme that Marvel explored widely in Phase 4, and that’s the multiverse. But Love and Thunder isn’t going to be a multiverse story. Or, if it is, Marvel did a fantastic job hiding that detail in plain sight.

With that in mind, the Love and Thunder post-credits scenes should offer a teaser of things to come and/or tie into a different story.

The same Twitter account offered a single detail about one of the post-credits scenes that makes plenty of sense. According to the leaker, one of the scenes is about the Guardians of the Galaxy.

Thor: Love and Thunder picks up after Endgame, and we’ll see all the Guardians in the movie. Marvel doesn’t even try to hide these awesome cameos. All of the Guardians appeared in the trailers and TV ads.

Guardians of the Galaxy Vol. 3 opens on May 5th next year. And the Guardians are getting a Holiday Special this year. Then there’s the I Am Groot animated show coming soon. With all that in mind, a Love and Thunder post-credits scene featuring the Guardians certainly makes sense.

Thankfully, it won’t be long before we get to see whether this leaker’s information is correct. Thor: Love and Thunder premieres in theaters on July 8th. Tickets are available for preorder now.