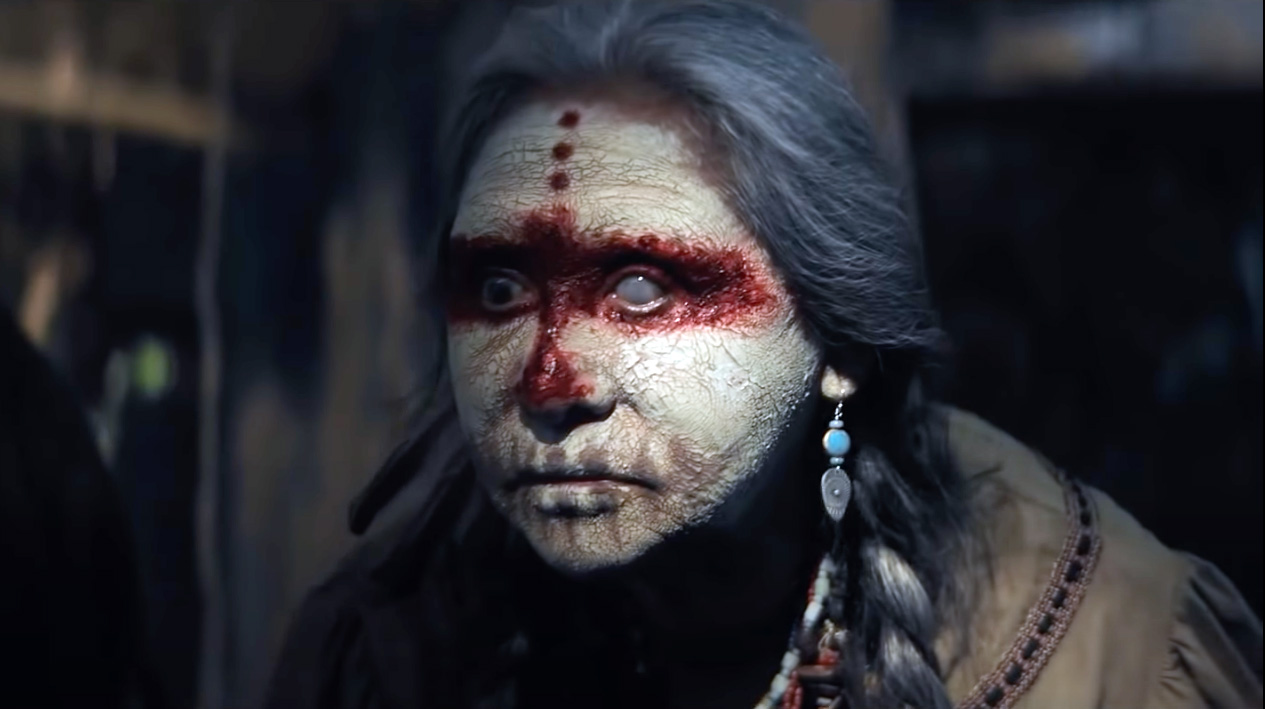 One of the entertainment trends during the COVID-19 era that’s been somewhat baffling to me is the popularity of horror movies and shows on Netflix. You’d think that people would want an escape from anything that reminds them of bleakness and despair. You know, given that we’re still in the midst of a once-in-a-century health crisis that’s killed more than 4.4 million people, according to the official numbers, in a relatively short time span. But the horror genre hits keep coming for Netflix subscribers. The Fear Street trilogy. A Classic Horror Story. Blood Red Sky. And now we can add The Old Ways to that list.

As I type these words, The Old Ways is the #6 title on Netflix’s Top 10 movies list. This film was just added to Netflix after premiering in October 2020 at the Sitges Film Festival in Spain. Briefly: The main character (played by Brigette Kali Canales) is a Mexican-American journalist named Cristina Lopez. She visits her hometown in Mexico to do some reporting for a story on witchcraft. Unfortunately, a local gang kidnaps her. And it gets a whole lot worse for her from there.

You can check out the trailer below. Meanwhile, here’s one more interesting fact about the movie. It’s garnered such a favorable reception, that (at least as of the time of this writing) it has a perfect score on Rotten Tomatoes. Specifically, a 100% critics score, based on 16 reviews.

“The Old Ways features wicked practical effects and uses body horror as a way to represent Cristina’s inner demons and her refusal to deal with them,” writes a reviewer at Dread Central. “Brigitte Kali Canales gives a phenomenal performance as the tortured Cristina. Seek this one out when it becomes available.”

Meantime, you can check out our guide for the best horror movies on Netflix right now for when you’re finished watching The Old Ways. As part of some of our most recent coverage, we’ve also previously written about Kingdom: Ashin of the North — one of the most high-profile recent horror additions to the streamer.

It’s actually a spin-off feature-length special that connects to the Kingdom series on Netflix. From the streamer’s official description: “Ashin and her father are part of a foreign tribe that has settled within the Kingdom of Joseon. Their encounter with a mysterious disease sets Ashin down a path of betrayal, prejudice, and revenge.”

For more titles along these lines to sample, this link will take you to Netflix’s horror genre category page. There, you can see everything grouped into the usual Netflix categories. From top horror titles that are trending now, to Netflix original horror movies as well as new releases.