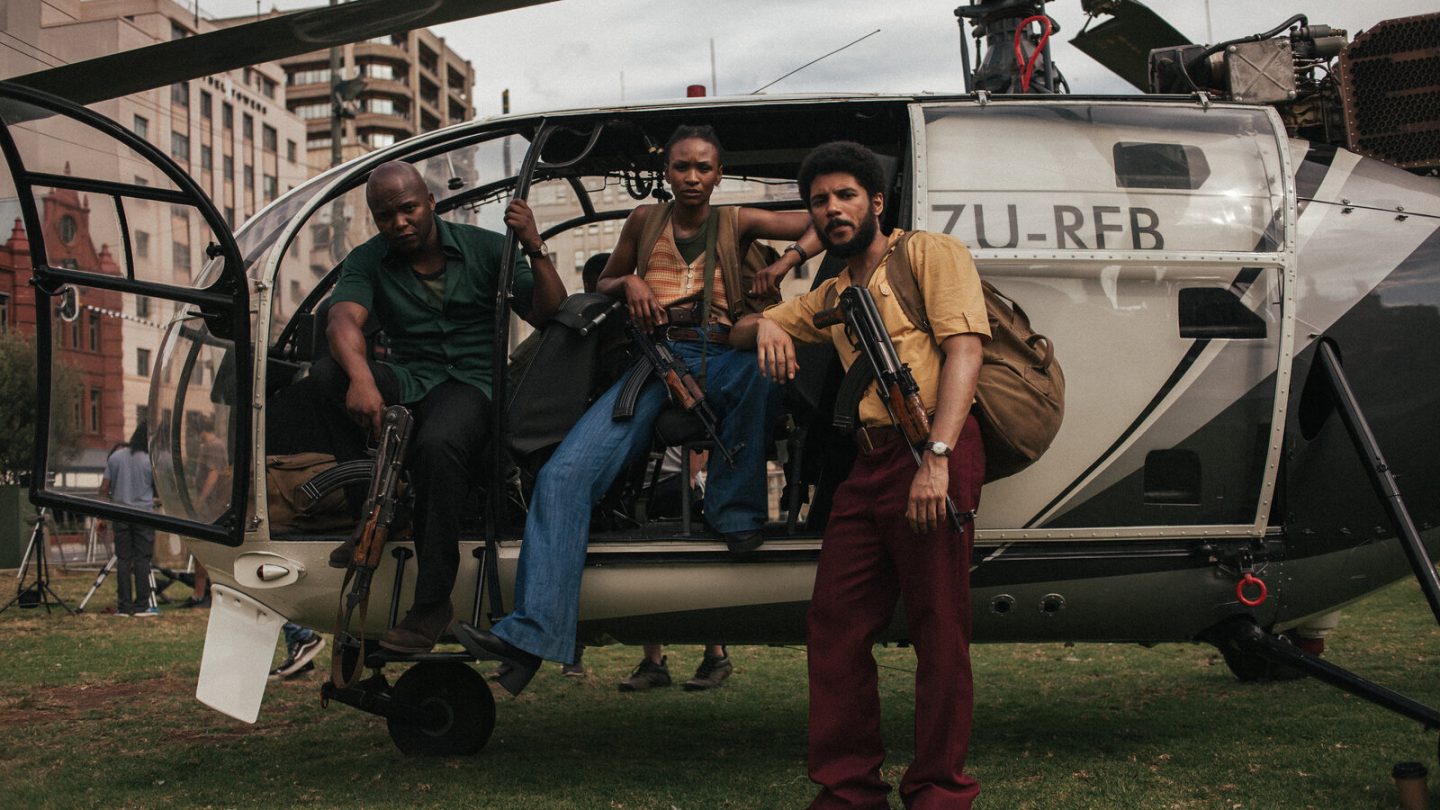 South Africa, 1980. “When I was a little boy,” a freedom fighter reminisces at one point in the new Netflix release Silverton Siege, “I watched the police gun down my parents. I made a promise to myself — I wouldn’t stop until I avenged them. And that choice put me here.”

By “here,” he means on a mission that goes wrong and which finds the trio, sensing they have no way out, deciding to hold up a bank. It’s a dead-end for them, essentially, and helps turn this powerful Netflix action movie into a suspenseful, gripping story.

The streamer’s official Netflix description reads as follows. “While on a high-profile mission to sabotage a petrol depot, a trio of freedom fighters … realize they have been set up, with police ready and waiting to arrest them. A fierce and deadly chase ensues which sees them seeking shelter inside a bank.”

All of the members of the trio are in agreement. One of them is definitely an “impimpi,” a sell-out and spy who’s feeding the police information. But who is it? As tension rises inside the bank, the group comes to realize that their only options are either prison or death. As a result, they decide to negotiate for the release of Nelson Mandela.

“If our lives are worth nothing?” one of the characters points out, by way of trying to figure a solution to their problem, “then maybe we negotiate for a life that’s worth everything.”

The story behind the movie

As noted, this movie is based on real-life events, which makes the drama all the more compelling. The film is focused on a bank held hostage after an anti-apartheid strike went wrong. Consequently, the rebels were forced to hide out there from the police.

In an interview with the streaming service ahead of the movie’s release, director Mandla Dube said he wanted young people to draw inspiration from the movie. “We’ve got the highest unemployment rate of young people in the world. Here are young people who were being chased by police, went inside a building, and then were innovative enough to say, ‘You know what? We don’t want the money. We’re going to free Nelson Mandela.’

“That sparked the Free Nelson Mandela movement. Less than 10 years later, he was free. Young people need to realize where they come from and that their stories matter deeply.”

The movie has decent ratings on Rotten Tomatoes so far. A 71 percent critics score and 68 percent audience score, better than a lot of recent Netflix movie releases.

Silverton Siege, according to a Common Sense Media review available at Rotten Tomatoes, “raises uncomfortable questions about the lengths people are willing to go to attain freedom, equality, and justice, which just makes an already fast-paced action movie that much better.” And from Decider: