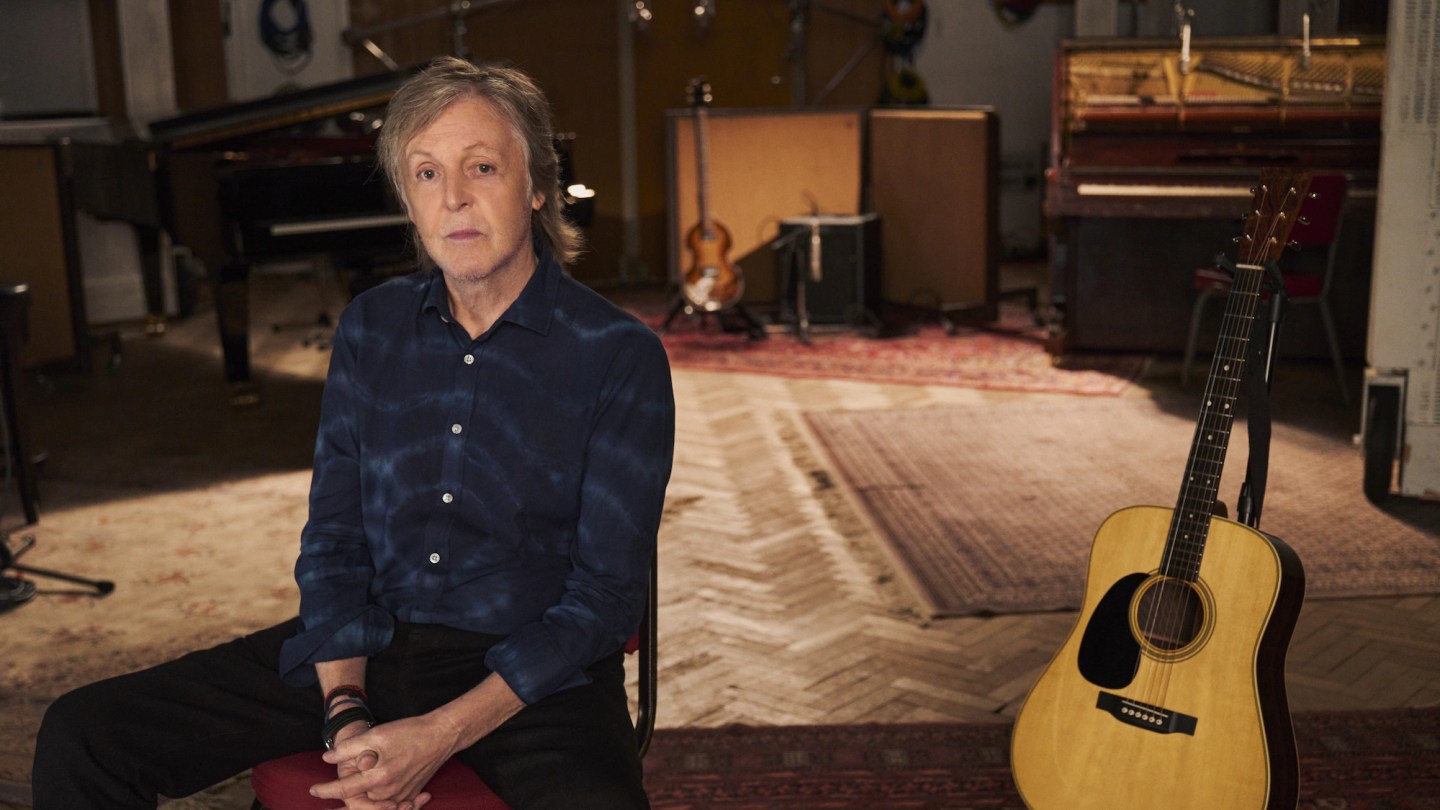 The release of Disney Plus’ new documentary film If These Walls Could Sing — about the rich musical history of Abbey Road Studios in London’s leafy, affluent St. John’s Wood district — is nothing short of an end-of-year streaming gift to Beatles fans, directed by a daughter of one of the Beatles themselves.

The film, which Disney Plus debuted on Friday, also roughly coincides with the 90th anniversary of the famed London recording facility in November that was once known as EMI Recording Studios.

If These Walls Could Sing — now streaming on Disney Plus

The roughly 90-minute If These Walls Could Sing opens with director Mary McCartney chatting with her father, former Beatles bassist Paul McCartney, about the countless family memories tied to the studio.

At one point, there’s a photo of Mary as a baby, crawling on a rug in Studio 2, when she looks like she’d have been roughly the same age as she was in 1970 when McCartney released his first post-Beatles solo album McCartney (the back cover of which, fans will recall, features a smiling McCartney with baby Mary tucked inside his jacket).

Mere feet from the studio entrance, meanwhile, lies a mecca for Beatles fans from around the world that’s as much a part of Abbey Road as the recording facility itself: It’s the famed zebra street crossing, featured on the cover of the band’s Abbey Road album with all four Beatles shown striding across it. If These Walls Could Sing is as much about the magic that was made inside the studio’s four walls as it is about the sound and joy that emerged from them — something manifested by the millions of Beatles fans (this writer included) who’ve photographed themselves on the crossing.

The Fab Four – and more

If These Walls Could Sing is, also, more than a Beatles story. Other musicians participating in the documentary who’ve recorded there include Elton John and Noel Gallagher of Oasis, among many others. “Somewhere now, some kid somewhere — his dream will be to walk in here and just do a tune in here,” Gallagher says at one point in the film. “And you can’t let that dream die.”

It sounds trite to describe it as a “magical” experience to see the place in person, but that’s exactly what it is. It’s magical enough that you don’t mind everyone on both ends of the crosswalk jockeying for position to shoot their own photograph of the crossing (or the cars barreling through, with Londoners who get annoyed by the bustle here). It’s magical enough that even the graffiti-covered facade outside the studio is beautiful, in its own way — with messages like one signed by a “Tyler” that I saw on my visit there in the fall of 2019 that read, simply: “I get by with a little help from my friends.”

Explains the Disney Plus synopsis of If These Walls Could Sing:

“For more than 90 years, Abbey Road Studios has been at the heart of the music industry. Fans journey every year to have their photo taken at the world-famous zebra crossing, and artists strive to follow in the footsteps of their heroes. In this personal film of memory and discovery, Mary McCartney guides us through nine decades to see and experience the creative magic that makes it the most famous and longest-running studio in the world. From classical to pop, film scores to hip-hop, Disney Original Documentary’s If These Walls Could Sing explores the breadth, diversity, and ingenuity of Abbey Road Studios.”