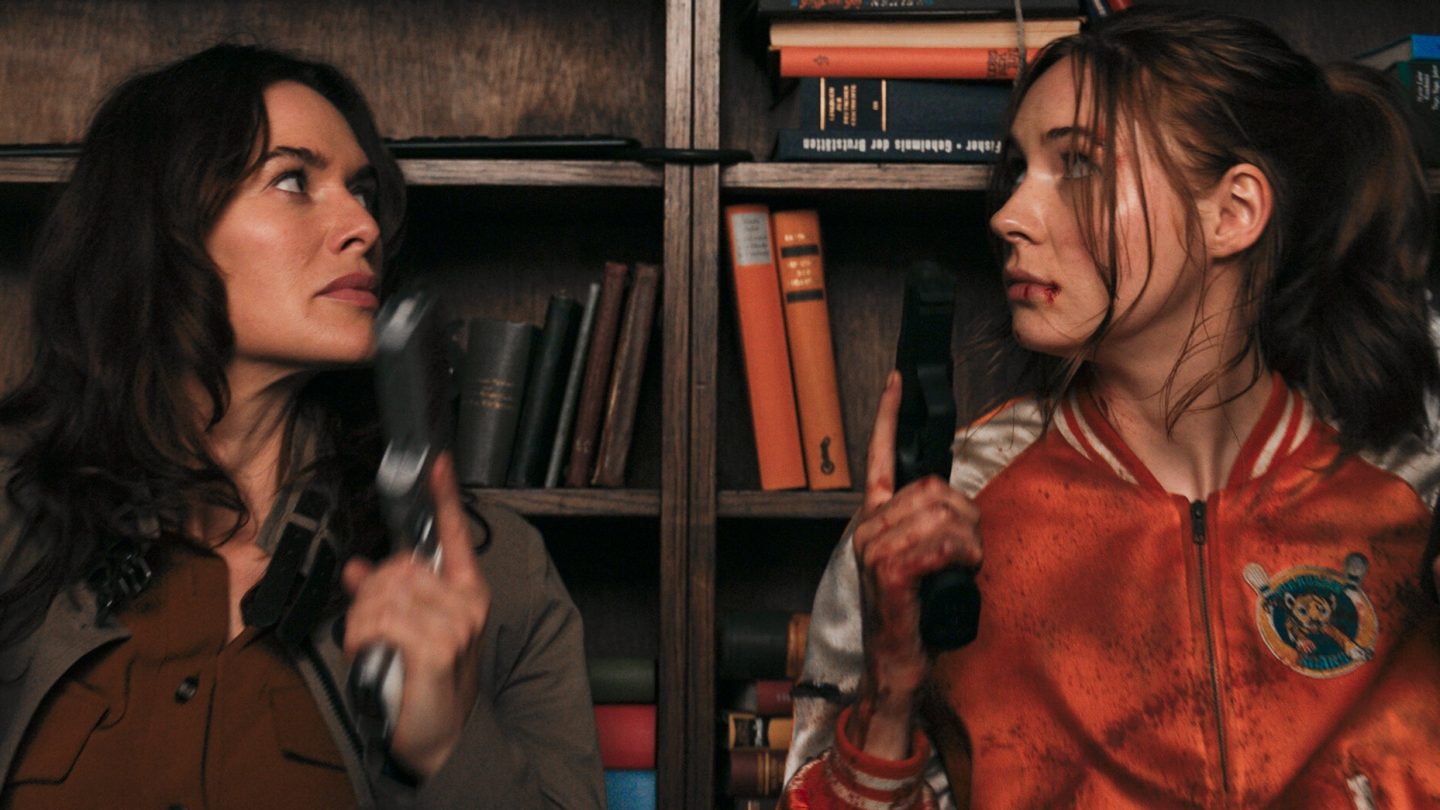 Next week, one of the top Netflix movies for the month of July will land on the streamer — an action flick titled Gunpowder Milkshake, starring Lena Headey and Karen Gillan as fierce, gun-toting female assassins.

Honestly, I was already primed to see this one on the basis of the title alone. The trailer that Netflix released only fed that anticipation, dialing it up to 11. In the opening seconds, we see a black-clad Gillan, with a wide-brimmed hat obscuring her face, sauntering through a library. Carrying a bright yellow satchel that says “I (heart) kittens.” Of course, we all know good and well that there is zero chance that satchel contains any cuddly little furballs. She plops the bag down, and it’s unzipped to reveal a passel of guns. Oh, but you’ll also need a Jane Austen, someone says when handing her a book. Open up that tome — more guns.

Loads of style, hit-women, and lots of bullets flying

Netflix’s official description of Gunpowder Milkshake reads as follows: “When an assassin veers off mission to rescue a child, she triggers a war with a powerful crime syndicate — and reunites a gun-wielding sisterhood.”

Netflix actually has a ton of exciting content stacked up for this month, with some of the highlights including a second season of the Netflix Spanish-language original series Sky Rojo. As well as a docu-series about real-life heists called, well, Heist.

Gunpowder Milkshake, meanwhile, definitely leads the film side of the ledger and will arguably be among the top Netflix movies this month (following its release on July 14). As a testament to how big Netflix thinks this movie will be, the streamer is actually already developing a sequel before the first has even premiered.

A quick rundown of the plot: Gillan plays Sam, whose mother Scarlet abandoned her at age 12. Scarlet, however, was forced to abandon her. Being an elite assassin and all is not exactly conducive to child-rearing duties. Sam ends up being raised by “The Firm,” the crime syndicate that Scarlet works for.

Flash-forward 15 years. Sam is now a hit-woman, following in her mother’s footsteps. Eventually, she comes to a fork in the road. She has to choose between serving The Firm or protecting the life of an innocent child.

Among some of the other hottest movie titles on Netflix this month, meanwhile, is the Fear Street trilogy. It might be worth adding to your watch list once you’ve finished Gunpowder Milkshake.

The first installment in that trilogy — Fear Street Part 1: 1994 — has also already joined the ranks of the top Netflix movies released this month. It quickly ascended to the summit of the streamer’s rankings of the most popular movies upon its release last week. The second and third installments in the trilogy are coming to Netflix on July 9 and July 16, respectively.