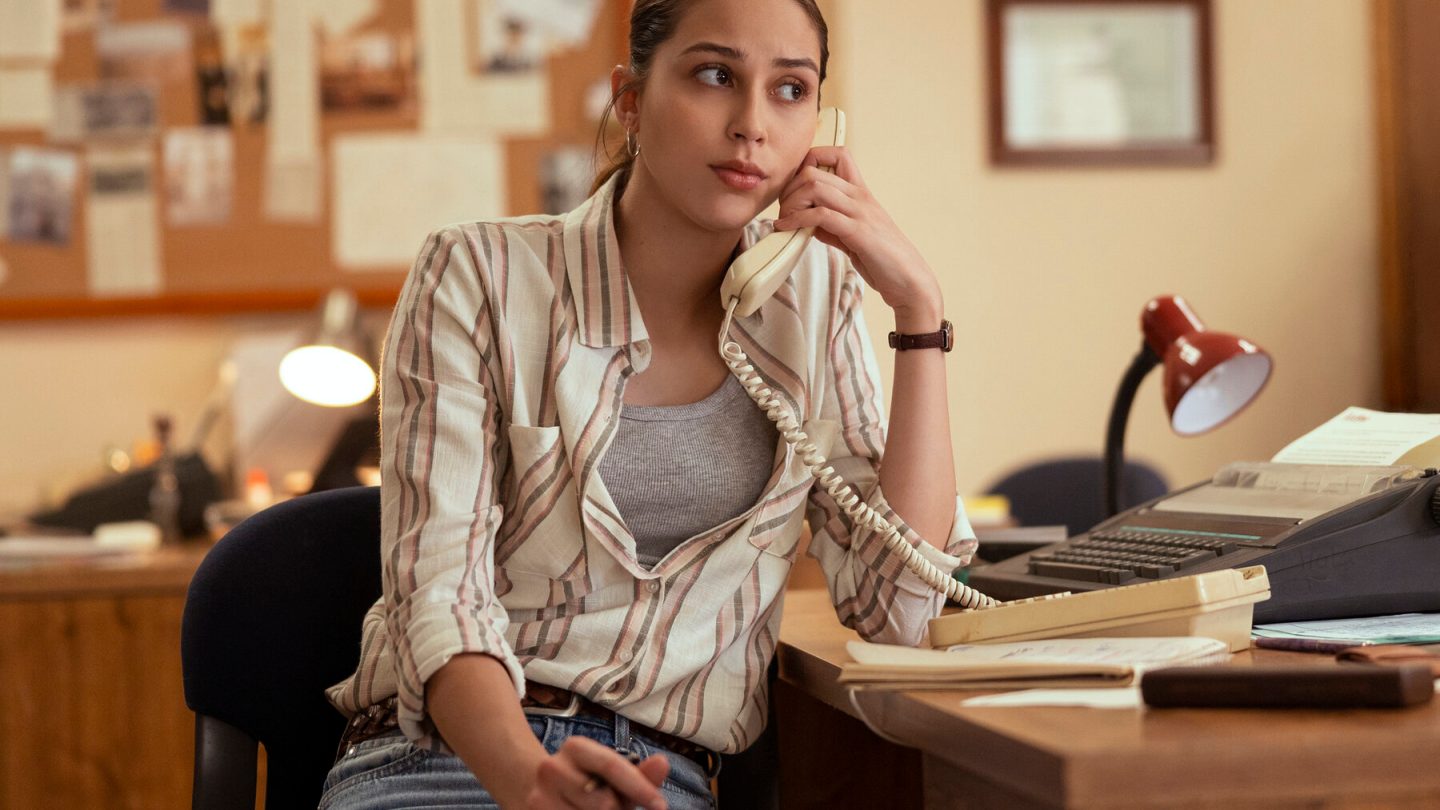 It’s said that there are really only two kinds of stories in the world. They amount to, either, a man going on a journey. Or a stranger coming to town. For the past six years, however, the Narcos franchise (including its spinoff series, Narcos: Mexico) that Netflix has minted into a consistent ratings powerhouse has also built its gritty, blood-soaked narrative around Lord Acton’s dictum — the one about the corruptibility of power. Which, come to think of it, should probably be a third item for the storytelling list above.

Absolute power corrupts absolutely. And when you add money and bricks of cocaine to the picture, you get the combustible mixture of a war without end. The only things that change are the names. And so it is with the just-released Narcos: Mexico Season 3. The war is the same. All that’s different this time around are the men holding the guns — both the good guys and the bad. If there’s even such a thing as a good guy in the drug war.

In Mexico, if you're a journalist, the truth can be hard to find. And harder to publish. pic.twitter.com/O8KpizNhU8

Here’s what all of the above comes down to: The Narcos franchise (including the original three-season trilogy, followed by Narcos: Mexico) will arguably go down as one of the greatest Netflix originals of all time. And it’s not just because of the propulsive storytelling, the larger-than-life villains, the power struggles, and the explosive violence juxtaposed with the at-times breathtaking beauty of Mexico and Colombia.

It’s also because this series gets the grace notes right. Like, in this season, the way that the fictional journalist Andrea Nunez moves through each scene — as an idealist, in a dying and deadly profession. That last part, by the way, is no exaggeration. Reporters Without Borders consistently ranks Mexico as one of the deadliest countries in the world for journalists.

Luisa Rubino is the Mexican actress who both narrates this new season of the show, and who portrays Nunez. She’s a perfect example of something the Narcos franchise has also done superbly, over and over again — given us interesting side characters who you almost wish had more fleshed-out storylines in their own right.

It’s easy, being a journalist, to say all that about Rubino’s performance. But she nails it, all of it. The impatience with the bureaucracy of a newspaper and with editors who don’t get it. That thing journalists do, where we sometimes don’t see or feel anything but the job — even when she’s scribbling quietly in her notepad while hiding in a car so that no one sees she’s quietly crashed a gangland wedding.

“It wasn’t declared, but we were living through a war”

One of the constants of this franchise, meanwhile, is the shocking violence and steadily rising body count — no surprise, given that it begins by tracking the rise and fall of Pablo Escobar. Then came the ascent of his rivals, the leaders of the Cali Cartel, after his death. Later, the franchise relocated from Colombia to Mexico for the current spinoff, which is when we’re introduced to the entrepreneurial-minded drug kingpin Miguel Ángel Félix Gallardo. He somehow convinced the feuding cartels to band together, that wars are bad for business.

Which worked, for a time. Until it didn’t.

With Gallardo behind bars, one of his lieutenants is now the focus of Season 3, which hit Netflix earlier this month.

“Set in the 90s, when the globalization of the drug business ignites, Season 3 examines the war that breaks out after Felix’s arrest,” the official Netflix synopsis reads. “As newly independent cartels struggle to survive political upheaval and escalating violence, a new generation of Mexican kingpins emerge. But in this war, truth is the first casualty.

“And every arrest, murder, and take-down only pushes real victory further away.”

Also this season, Alejandro Edda turns in another performance as Joaquín “El Chapo” Guzmán that’s so uncanny, you might catch yourself wondering whether Netflix somehow sprung the real El Chapo out of prison and put him in front of a camera. It’s partly in his eyes, the way he looks at the camera, and the way he carries himself without saying a word. He’s doing that thing that great actors do, which is not so much a performance as it is a magic trick.

The end of the saga

In the end, Narcos and Narcos: Mexico feel, at least to me, like as good an example as any that you can point to and say — a-ha, there. Netflix has found its own Game of Thrones, or nearly. Both shows are devoid of heroes in the classical sense. They unpack all the dirty layers of evil that men and women are capable of. But there’s also depth, and powerful writing, to balance out the violence.

“We have to control this (expletive) world, or it will control you,” Gallardo laments to Escobar at one point, in one of the most unforgettable scenes in Narcos: Mexico last season. “And if you don’t protect yourself, it makes a mess and breaks you.”

Lest that sound like the show trying to find the humanity in monsters, though, I’ll spare you the details. No, there are no saints among these sinners to be found. And this storytelling tour de force is all the better for it.