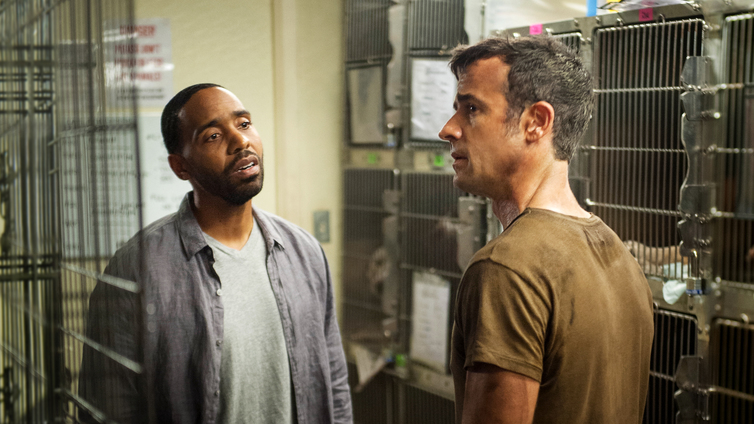 After walking away from the first season of The Leftovers disappointed and dumbfounded, I wasn’t sure I’d return for season 2. It was so mired in melancholy that all I wanted to do when I finished an episode was crawl into bed and stare at the ceiling. The emotional range of the show stretched from “sad” to “devastating.”

It was just a really tough watch.

But in season 2, writer and creator Damon Lindelof seems to have allowed his fictional world to develop a sense of humor, and that’s all it took to turn The Leftovers into appointment television.

READ MORE: All of the crazy TV reboots, remakes and spin-offs coming in 2016

(Spoiler warning: I’ll be touching on several important details from The Leftovers season 2 throughout this piece. Watch before you read.)

When previews for the new season started popping up earlier this year, it looked like the entire show was about to be rebooted. Kevin Garvey and his family would be leaving the made-up town of Mapleton, New York for another made-up town called Jarden in Texas. Things looked far greener in Jarden, which makes sense, considering no one from the small town departed on October 14th, 2011.

A new perspective is exactly what this world needed. The idea of a measurable percentage of the planet’s population suddenly vanishing with no explanation is an incredibly powerful plot device. But as with any great (or potentially great) drama, we will only begin to invest in the story when we can latch on to the characters within the story.

And I was completely unable to do that in season 1.

Everyone was so miserable that I didn’t know whether I should root for them or have them put down. Season 2 is about hope. Or the search for hope, anyway. Kevin, Nora, Jill and Lily leaving Mapleton behind breathes new life into the show, even if that life is still about as easy to extinguish as the life of a small bird buried in a box.

Other than moving the pieces around the board, Lindelof and his writing staff have also given their characters more to do. Rather than dwell on the past (which they can still be caught doing on occasion), the Garveys have to face their future, which includes a town full of individuals who appear stable, but are each crumbling beneath the surface.

The Murphy family serves as an interesting contrast to the Garvey family. Somehow, despite their issues, they’ve managed to cling together as a unit for all this time. By the end of the season, they appear to have collapsed, but John and Erika put up a good fight until the Guilty Remnant managed to convert their daughter Evie.

What surprised me most was how deep the story fell into its own mythology. There were countless mysteries and surprises during the first season, but hardly any of them paid off. Season 2, on the other hand, seems to revolve around several key mysteries, most notably the idea that the departures might be related to geography.

But while everyone else is trying to find a scientific or divine explanation for the disappearances, Kevin Garvey is floating in and out of our reality into the world of the dead. I’m not the first and I certainly won’t be the last the praise “International Assassin,” the season’s eighth episode, but in retrospect, I still can’t believe it happened.

We all know that the reaction to Lost’s finale scarred Damon Lindelof for life. He’ll be the first to admit that it wasn’t the closure he or the fans were hoping to see, but dozens or hundreds or thousands of people telling you on a daily basis that you’d wasted years of their lives would probably be enough to convince you to never try to replicate a story like that again.

But The Leftovers is kind of becoming another Lost. The difference is that Lindelof has far more creative control this time around, and he’s going all in.

When Kevin Garvey died, I was under no illusions that he wouldn’t be coming back. Justin Theroux is the heart of the show. But for Lindelof to make Garvey spend an hour exploring Hotel Purgatory after living down the Lost finale was like a shot of epinephrine to the heart.

And then to kill off Kevin again in the finale! Only to have him sing his way back to the land of the living! The Leftovers has truly gone off the deep end, but it’s falling with style. The show thrives on insanity, celebrates the ludicrous and wallows in silliness. It’s everything I never knew I wanted from a family drama.

Several critics and countless fans have said that the season 2 finale would be an acceptable series finale if The Leftovers doesn’t get renewed. Now that we know HBO is going to produce a third season, I’d just like to say that you’re all wrong. We need more of this show. Mapleton was the beginning, Miracle was the middle, and the end is going to be one of the strangest creations in TV history.