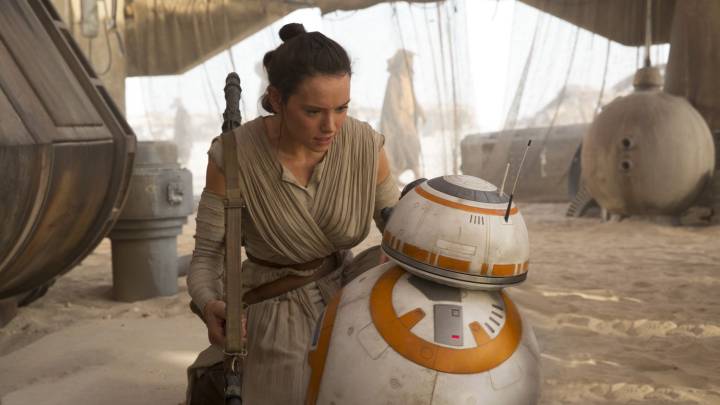 It’s not often that a movie’s mysteries capture the collective wonder of the world for weeks and weeks after release, but not many movies continue the Star Wars saga. Ever since The Force Awakens released in theaters last month, everyone has been trying to figure out exactly who Rey’s parents are, but it might be years before we know the truth.

[Warning: Spoilers for The Force Awakens below.]

Speaking with Entertainment Tonight over the weekend, Episode IX director Colin Trevorrow seemed to hint that Rey’s true identity might not be revealed until his film releases in 2019.

“We’re going to make sure that that answer is deeply and profoundly satisfying,” Trevorrow said.

“Rey is a character that is important in this universe, not just in the context of The Force Awakens, but in the entire galaxy. She deserves it. We’ll make sure that that answer is something that feels like it was something that happened a long time ago, far away, and we’re just telling you what happened.”

When he says “we,” it’s unclear if he’s referring to himself and Episode VIII director Rian Johnson or just his own crew, but either way, we’re going to have to be patient when it comes to the unravelling of the new trilogy’s biggest mystery.

Of course, that’s easier said than done when The Force Awakens director J.J. Abrams admits that he knows the answer to the question we all keep asking. According to Entertainment Weekly, when reporters asked him about Rey’s identity at the TCA press tour, he told them that “it’s not for me to talk about in this moment because this is Rian’s story to continue now.”

Abrams is clearly doing his best to throw everyone off the scent, but his quote makes it sound like Rian Johnson might be in charge of the big reveal for Episode VIII. Unfortunately, there’s nothing else we can do but wait for the next film in the saga to launch on May 26th, 2017.