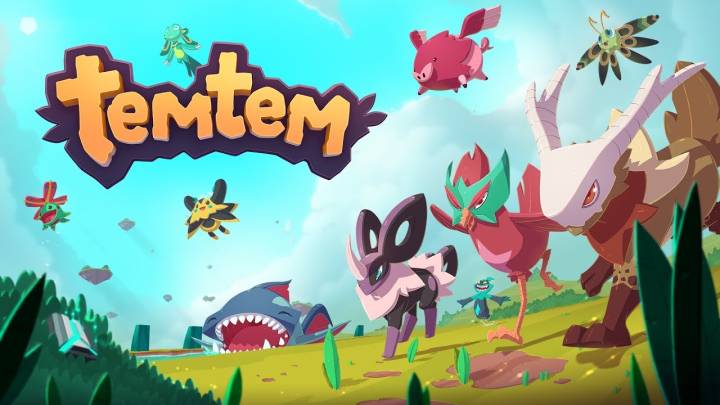 Pokemon Go was an unprecedented, unstoppable phenomenon when it launched on mobile devices back in 2016. Millions of millennials were finally able to live out their childhood fantasy of becoming a Pokemon trainer, and while it might not be as popular as it once was, it still attracts millions of users every day. But there’s another genre that fans of the series have been hoping The Pokemon Company would tackle for years now to no avail: An MMO.

Pokemon has always seemed like a natural fit for a massively multiplayer online game, but the team has mostly stuck to single-player RPGs and multiplayer battle arenas. But after years of pent-up demand, another development team is taking matters into its own hands with a crowdfunded project that looks like a surefire hit.

Stop me if this sounds familiar, but Temtem revolves around capturing and doing battle with creatures found in the wild. Every Temtem is assigned a specific type, tamers can have up to six Temtem in their squad at once, and battles between the creatures are turn-based. You can even breed compatible Temtem to make an egg.

Crema, the Spanish developer behind Temtem, is the first to admit that the project is inspired by Pokemon, but there are more than a few differences between the two games. First and foremost, Temtem is an MMO, which means you’ll run into other players as you travel through the towns and wilderness of the game’s six floating islands. You can also team up with other players at any time to take on the game’s campaign cooperatively.

And it wouldn’t be an MMO without player housing. You’ll be able to collect furniture and accessories for your house as you explore the world and defeat the eight Dojo Leaders. There’s also a pick and ban system for competitive PvP battles to force players to adapt to each and every real-life opponent they face.

Unsurprisingly, the Kickstarter reached its goal of $70,000 almost immediately, and now backers are beginning to complete the various stretch goals as well. As for the timeline, Crema expects to have the first alpha test ready for players this November, with early access coming in September 2019 and the full release in May 2020.