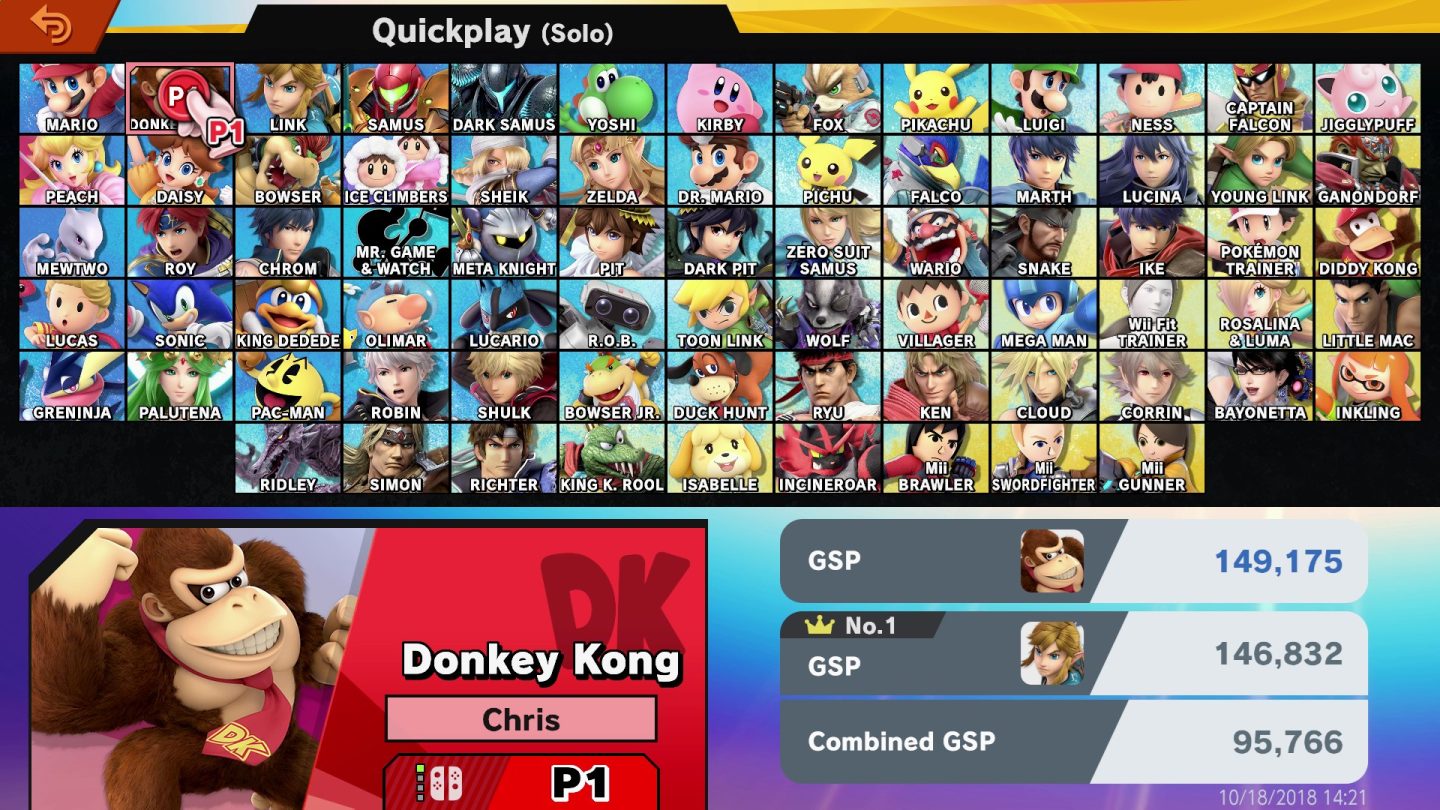 During a Nintendo Direct live stream last week, Nintendo revealed the final three fighters to be added to the Super Smash Bros. Ultimate roster: Ken (Street Fighter), Incineroar (Pokemon), and Piranha Plant, who will be given away free to anyone that preorders the game digitally or registers the game on My Nintendo by January 31st. That brings the total headcount to 70 (if you don’t count Echo Fighters), but the roster still isn’t complete.

Smash Bros. series director Masahiro Sakurai also announced during the stream that five additional DLC fighters will be added to the game post-launch, and while none of those characters have been unveiled yet, it appears that all five have already been decided on, even if we won’t see them in action for months.

On Monday, Sakurai confirmed in a tweet that the Smash Bros. Ultimate “DLC line-up is now complete,” implying that all five of the additional fighters that will join the game have already been finalized. Sakurai says that Nintendo picks the characters, and then it’s his job to figure out if that character will work in Smash:

Super Smash Bros. Ultimate’s DLC line-up is now complete. This time the selection was made entirely by Nintendo. I decide if we can create a fighter based on their selection, then come up with the plan.

He also clarified that while he appreciates the passion of all Smash Bros. fans, there is no need to flood his feed with suggestions for future fighters, as the roster is complete. If 75 characters isn’t enough for you, too bad:

It’s great to dream about your favorite character joining the battle and I appreciate your passion, but please try to stay on topic when replying to tweets and refrain from flooding us, and other users, with requests when we're not specifically asking for feedback. Thank you!

As for obtaining the DLC, each fighter comes with a stage and multiple music tracks from it’s game franchise. These packs cost $6 a piece, but you can also purchase the Fighters Pass for $25, which includes all five packs. All packs will be released by February 2020, and Super Smash Bros. Ultimate launches on December 7th.