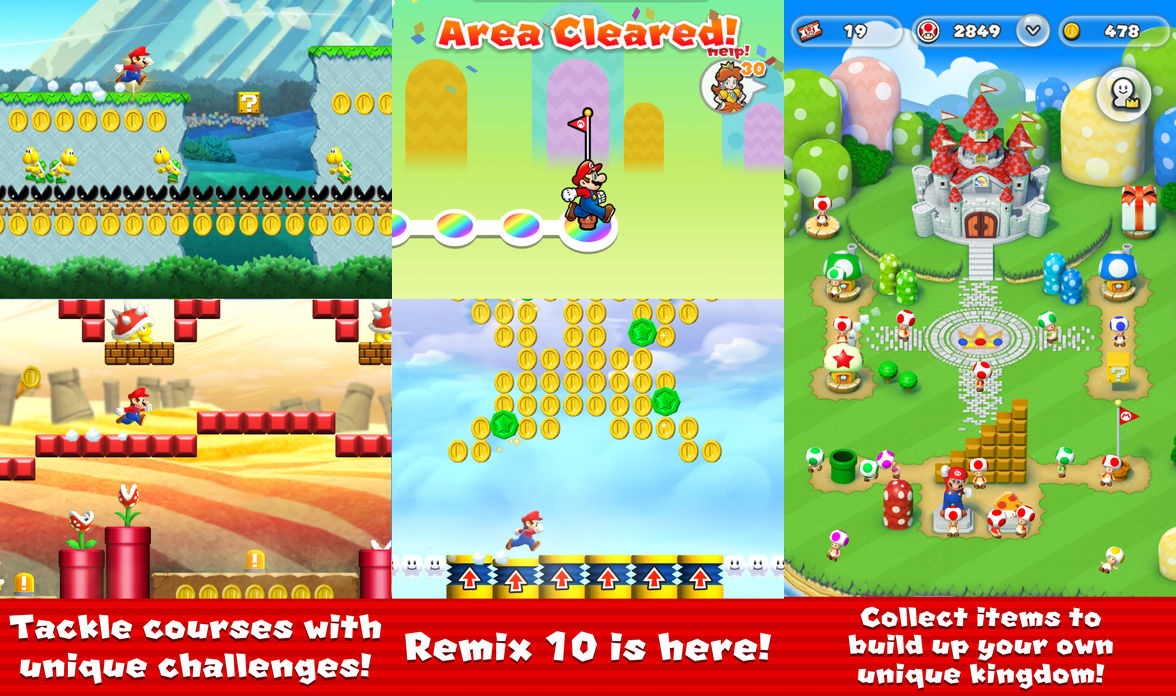 Nintendo has been on a roll lately with the success of the NES Classic, the Switch and the soon-to-be best-selling SNES Classic, but there have been a few stumbling blocks along the way. Last summer, Nintendo shocked us all by teaming up with Apple to bring Mario to the App Store in a new game called Super Mario Run.

Apple and Nintendo fans alike were excited about the prospect of a mobile Mario game. Then it launched. Not only was it overpriced, but there simply wasn’t much content in the game. Slowly but surely, it faded from view, and the experiment seemed to have failed. But this week, Nintendo gave Super Mario Run second life.

On Thursday, Super Mario Run received its most substantial update since launch on both iOS and Android. The biggest addition to the game is a new mode called Remix 10, in which the player has to complete ten extremely short courses one after the other, collecting coins and stomping enemies along the way. It reminds me of Super Mario Maker’s 10 Mario Challenge, which happens to be one of that game’s best modes as well.

Having played through Remix 10 a few times since downloading the update today, I discovered that (for me at least) this was the perfect version of the Super Mario Run experience. It’s fast-paced, it’s varied and it does not overstay its welcome. Plus, the carrot on the stick is new buildings for your kingdom and the ability to unlock Daisy — a fan favorite character from the franchise who can double jump in Super Mario Run.

And while there’s no question that Super Mario Run was lacking in content when it launched, Nintendo has made strides with this update by adding a new world to the World Tour mode. World Star features nine new levels to traverse, but you’ll have to complete a series of difficult challenges in order to unlock them.

Finally, Nintendo has also added a new music-play feature so that you can listen to your own music while you play through the game. The characters will even put on headphones in the game to indicate that your music is playing. It’s an obvious addition, but done with the typical Nintendo flair we’ve come to expect.

I never thought I’d tap the Super Mario Run icon on my phone ever again, much less recommend that everyone else give it another chance. But here we are. Best of all, the game is temporarily on sale for half price, so you don’t have to spend $10 (like I did) to get the full game on your smartphone or tablet.