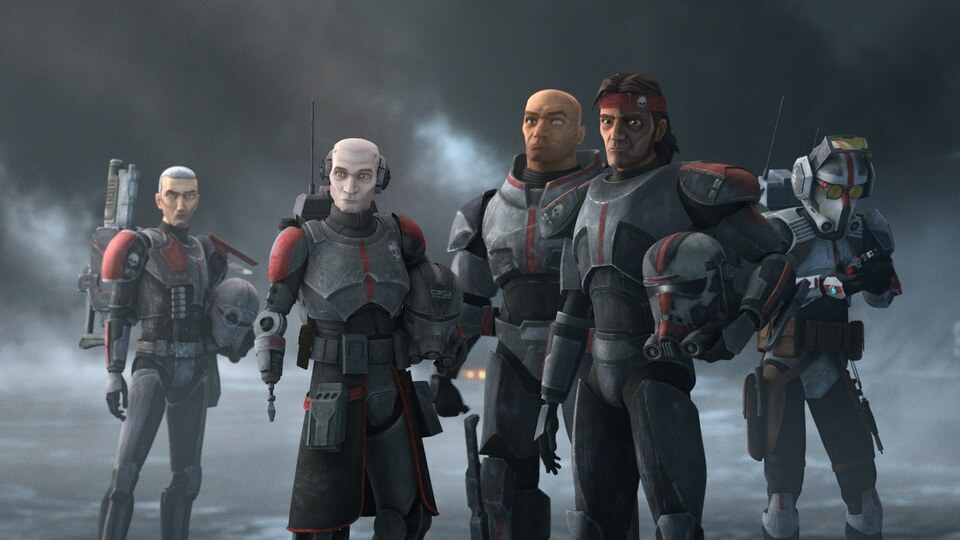 Two years ago, Disney broke new ground with The Mandalorian — the first live-action Star Wars show. For many viewers, it was the first time they had seen the Star Wars universe through the lens of TV. For others, it was just the latest in a long lineage of shows that have expanded the story. Back in 2008, Star Wars: The Clone Wars debuted on Cartoon Network. In 2014, Star Wars Rebels began its four-season run on Disney Channel. These animated shows were not only vital for keeping the franchise alive — they were also beloved by fans. As such, it was no surprise that Disney has kept the animated flame burning on Disney+ with Star Wars: The Bad Batch. And now Disney has renewed The Bad Batch for a second season that will begin streaming in 2022.

On Thursday, Disney announced the renewal of Star Wars: The Bad Batch in a press release. The series serves as both a spinoff of and a sequel to The Clone Wars. Dave Filoni — who previously had a hand in creating Star Wars Rebels, Star Wars Forces of Destiny, and Star Wars Resistance — created The Bad Batch as well. He will return as an executive producer for season 2, as will head writer Jennifer Corbett and supervising director Brad Rau. Disney has yet to share a release date.

Star Wars: The Bad Batch season 1 is almost over

“Fans have enthusiastically embraced the action and drama of Star Wars: The Bad Batch, and we are excited to see the Star Wars animated universe continue to expand on Disney+,” Michael Paull, ESPN+ and Disney+ President, said. “As the dedicated streaming home for the Star Wars franchise, we can’t wait for the second season of this fan-favorite animated series.”

At the time of writing, 14 of the first season’s 16 episodes have aired on Disney+. The first season of Star Wars: The Bad Batch is wrapping up just in time for Marvel’s What If…? to dominate the streaming service. In case you’ve been living under a rock, What If…? premieres on August 11th.

The future of Star Wars on Disney+ is looking brighter every day. Later this fall, The Book of Boba Fett will finally put the spotlight on the legendary bounty hunter. We also expect to see the Cassian Andor and Obi-Wan Kenobi spinoff shows in 2022. The Mandalorian season 3 likely isn’t too far off either, and maybe Ahsoka will start streaming before the end of next year as well.