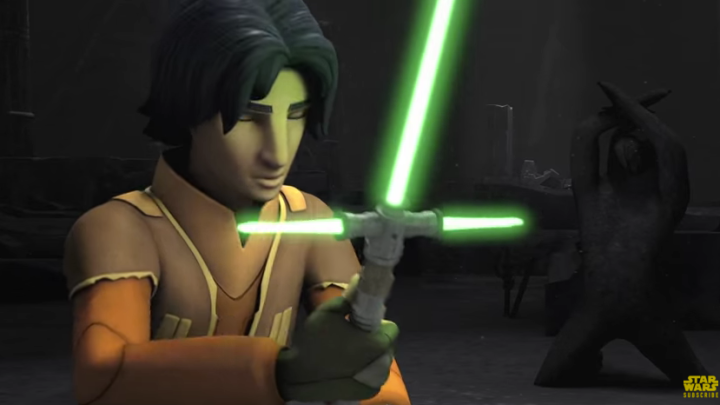 We’re not done fantasizing about what the upcoming Star Wars movies will bring us, now that Star Wars: The Force Awakens has come and gone. There are numerous theories about the direction Disney will take with the plot of Star Wars, and various spin-offs that will be equally as entertaining as the new trilogy. Some of them might even bring back some of the characters in the first trilogy, but until that happens, we’ll just have to get our Star Wars fix in a different manner.

The second half of the Star Wars Rebels second season is about to hit Disney XD, and while the animated series might not be as exciting as the movies, it’s still part of the Star Wars universe.

The action in this season takes place 14 years after Revenge of the Sith and three years before A New Hope, CNET reminds us, and it focuses on a crew of “cowboy” Jedi. But the remaining episodes will bring us quite a few surprises, including the appearance of Darth Vader, voiced by none other than James Earl Jones. Furthermore, Yoda will also make an appearance, and a Jedi green lightsaber that looks just like Kylo Ren’s weapon will be featured in the series.

“I wanted to put a nod to this new history we’re seeing in The Force Awakens,” executive producer Dave Filoni said in an interview with Entertainment Weekly. “Here you find a sword we’ve encountered before, and it gives a little more context to something that turns up later.”

“A huge influence was the old Kenner action figure of Yoda,” Filoni added. “We stopped short of giving him the orange snake. We highly considered it, because I’ve never seen that orange snake, and I thought, ‘We could be the ones to finally put that orange snake in there!'” However, the snake was too costly to animate, so we won’t see it just yet.

Other interesting additions to the series include Anakin Skywalker (Matt Lanter), young Princess Leia (Julie Dolan) and Darth Maul, who will appear as an “Old Master” in this one.

The mid-season trailer for Star Wars Rebels follows below.