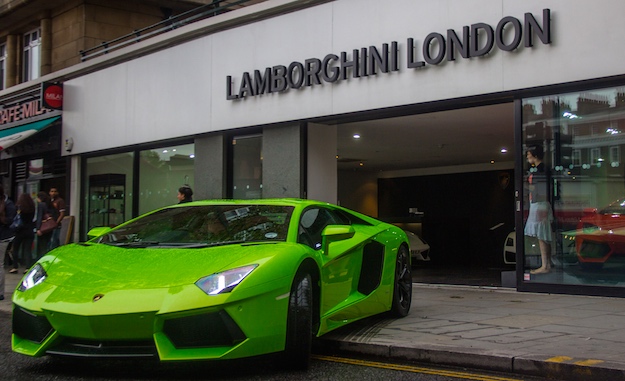 Tesla’s Model S is certainly no slouch in the speed department, especially when Ludicrous Mode is enabled. If you thought Insane Mode was blazing fast, Ludicrous Mode pushes the Tesla Model S even further, improving acceleration by 10% and transforming the Model S into a 762 horsepower speed demon.

Its 0-60 time? Just 2.8 seconds. What’s more, the Tesla Model S in Ludicrous Mode can reach 155 MPH 20% faster than Insane Mode. Without question, performance on the Model S is beyond impressive as far as luxury sedans go. Still, with Elon Musk always bragging about how fast Tesla makes its cars, it’s always interesting to see how the Model S stacks up against a true supercar.

The race results weren’t entirely unexpected. The Tesla Model S got off to a noticeable head start (as it’s prone to do as an electric car) but was eventually overtaken by the Lamborghini Aventador.

Still, not a bad showing given that the Model S costs a few hundred thousand dollars less than its racing counterpart. And let’s not forget just how ridiculously fast the Model S truly is, as evidenced in this video below featuring a Tesla Model S P90D in Ludicrous Mode completely smoking a Model S in Insane Mode.