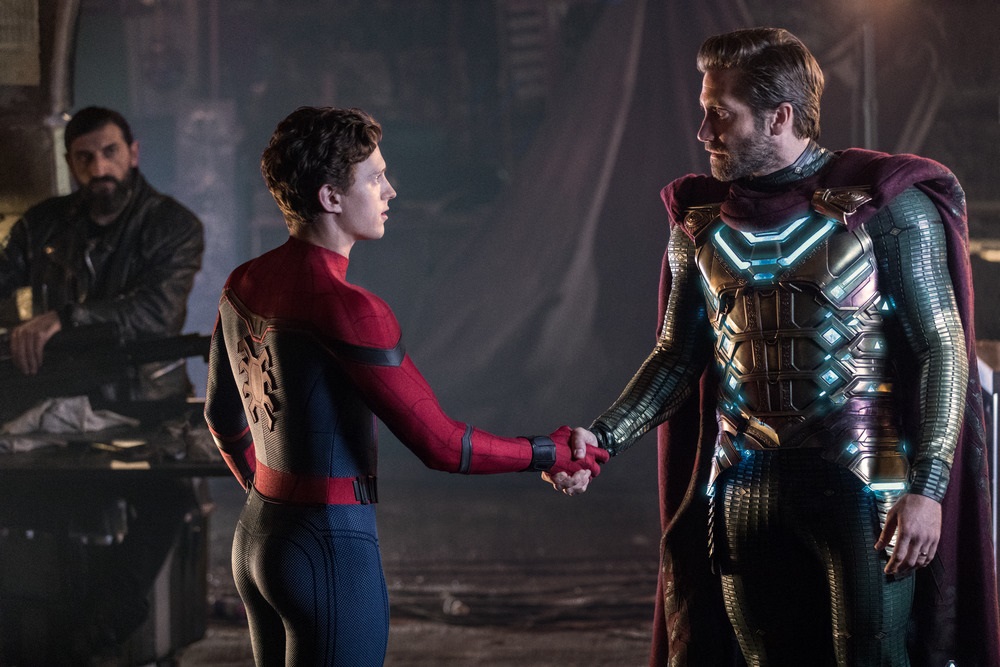 Aside from being a fun superhero romp across continents, Spider-Man: Far From Home also had the unenviable task of following up Avengers: Endgame and attempting to explain everything that happened in that beast of a movie. All in all, it did an admirable job, but writers Chris McKenna and Erik Sommers left fans with nearly as many questions as answers as they wrapped up Phase 4 of the Marvel Cinematic Universe.

And while many of those questions won’t have answers until the next slate of Marvel movies begin to release, the two writers did provide some insight into a few of the movie’s mysteries in a recent interview with The Hollywood Reporter. Some of these answers do contain spoilers, so if you haven’t seen Spider-Man: Far From Home yet and plan to do so, you might want to skip this article until you have a chance to get to the theater.

One of the lines that stuck out like a sore thumb to many viewers (after the post-credits scene revealed that the Nick Fury and Maria Hill we had been following the entire movie were actually shape-shifting Skrull) was when “Fury” said: “I thought the Kree sleeper cells were supposed to be a secret.”

According to McKenna and Sommers, this isn’t hinting at a future story arc involving the Skrull and the Kree going to war, but was rather just “one of those things they felt like they could be talking about” when the two asked Marvel for plot points. “It’s that boring of a story,” McKenna says… but I’m not sure I believe him.

There was unsurprisingly a great deal of excitement when the trailer for Far From Home appeared to suggest that the multiverse of the Marvel comics would also be an element of the MCU. Of course, this turned out to be nothing more than a farce perpetrated by Quentin Beck, but when asked if we might ever see the concept actually explored in the MCU, McKenna said the following: “Whether there is a multiverse in the MCU remains to be seen.”

These are some of the more enlightening answers about pressing issues from the movie, but there are plenty more if you head over to The Hollywood Reporter and check out the full interview.