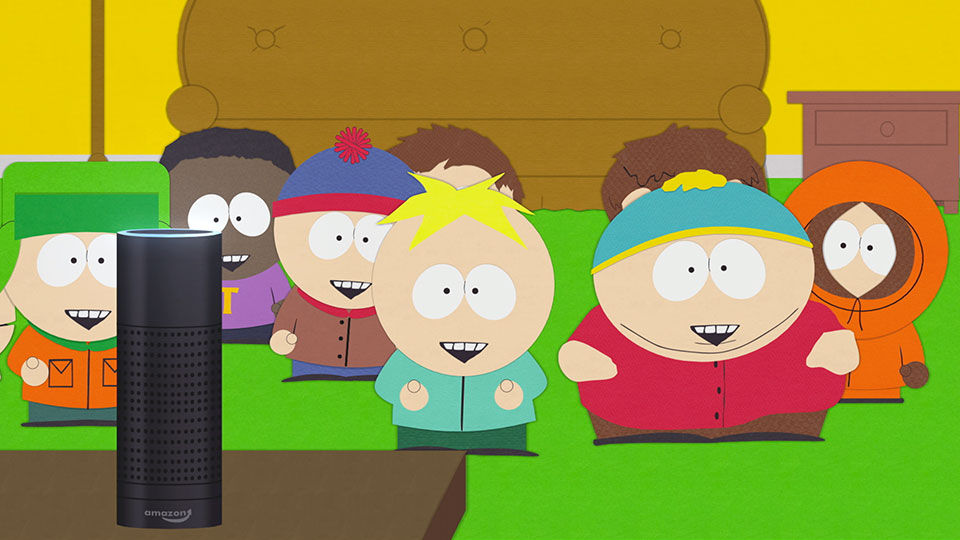 For the past two decades, South Park has been eliciting strong reactions from viewers by poking fun at off-limits subjects and swearing up a storm in the process. But for the premiere of the 21st season, creators Trey Parker and Matt Stone took things a step further by invading viewers’ homes and activating their smart speakers.

In Wednesday’s new episode of South Park, the show tackled head on the issues raised by the Charlottesville protests by having groups of white nationalists demonstrating to get their jobs back. But instead of blaming the immigrants for their unemployment, they wanted to stop being replaced by machines like the Amazon Echo and Google Home. In the meantime, Cartman and the other kids spend a significant portion of the episode yelling commands at their Echo and Home devices, which ended up setting off devices in the real world.

Here are some of the (occasionally NSFW) tweets from Echo and Home owners who watched the episode:

This @SouthPark episode has set my @amazon Alexa off about 15 times so far. Had to unplug it

@SouthPark nailed it tonight. In other news I have an erroneous alarm set for 7am and a set of hairy balls on my shopping list. #alexa

This isn’t the first time we’ve seen a TV show or commercial activate a smart speaker, but it might be the first time we’ve seen it employed specifically to mess with viewers for 30 minutes straight. South Park also might be the only show that could get away with something like this without upsetting everyone effected by the prank. Either way, it led to some hilarious responses on social media and helped elevate what otherwise would have been a rather middling season premiere for the long-running series.