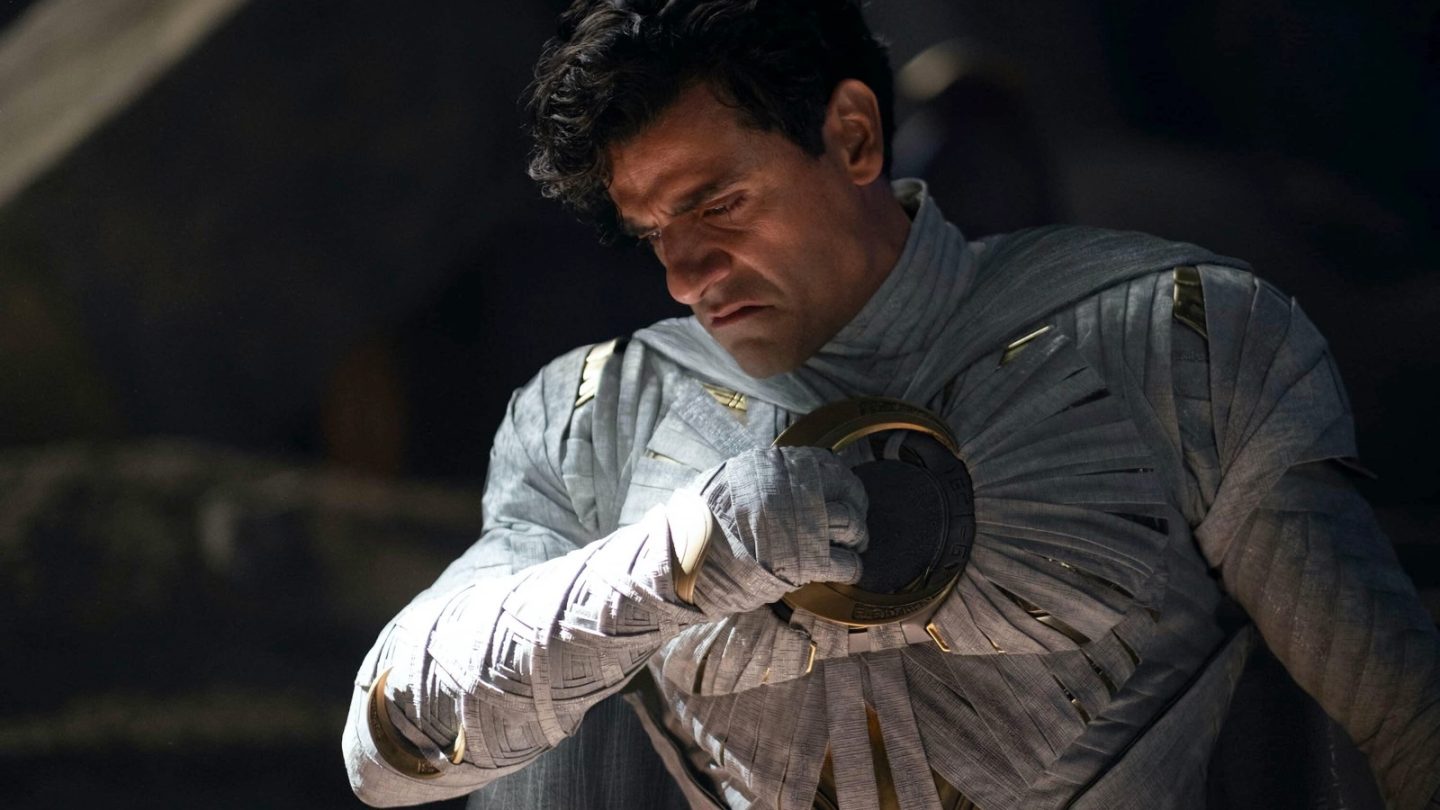 Marvel was serious when it said that Moon Knight doesn’t feel like an MCU project, as the Disney Plus show doesn’t feature any big MCU connections. That’s also one of the worst things about the series. This story can’t happen in a vacuum, devoid of other superheroes. And Marvel is selling it as an MCU TV show without actually delivering any MCU links. However, someone took it upon themselves to fix the problem by adding Moon Knight (Oscar Isaac) to the brilliant airport fight in Captain America: Civil War.

The result is a preview of Moon Knight strutting his stuff alongside the Avengers in an epic battle. Mind you, some Moon Knight spoilers follow below.

Marvel has already confirmed that they removed plenty of MCU connections from Moon Knight. But the few Easter eggs that remain are rather deliberate. And some of them are quite significant.

For example, we learn that Marc Spector (Oscar Isaac) didn’t get snapped in the aftermath of Infinity War. And that the show happens after Endgame. We’re also given a subtle Kang (Jonathan Majors) Easter egg that further underscores the importance of this Phase 4 villain.

That said, the overall Moon Knight story suffers from the lack of MCU connections. Some of the events we see in episodes 3 and 6 would not be possible as they’re presented. Some of the Avengers on-call would be watching and investigating these issues.

Marvel could have fixed it with a 30-second post-credits scene. Someone from the Avengers could have reached out to Marc/Steven. That didn’t happen, and the post-credits delivered another event that seems unlikely to occur in a world where other superheroes exist.

Therefore, we’ll have to wait a while until Moon Knight meets the rest of the Avengers. Thankfully, a creator made that waiting a lot easier by putting Moon Knight in the massive airport fight in Civil War.

The airport confrontation between Iron Man (Robert Downey Jr.) and Captain America (Chris Evans) at the airport in Civil War is one of the most iconic moments in the MCU. It’s the first big fight involving a significant number of Avengers. And the first fight where these Avengers are on opposite sides.

It’s a 6 vs. 6 situation, though Nat does change sides at some point in the fight. Where would Moon Knight fit into this Civil War fight sequence? A Twitter user thinks that Marc and Steven would join Team Iron Man, as seen at the end of this post.

The actual Civil War airport battle is about 20 minutes long, and it’s the kind of MCU scene one can watch over and over. The Moon Knight edit is just over one minute, but it’s incredibly well-made. If you’ve seen Moon Knight, you’ll immediately recognize the TV show scenes added to the Civil War fight.

One of the highlights is the inclusion of both Marc and Steven’s superhero variants. We have both Moon Knight and Mr. Knight, with the latter hilariously trying to talk things through.

We might never know what Marc Spector was up to while the Avengers fought each other. But the clip below will give you a taste of what it would have felt like having Moon Knight in such a sequence: