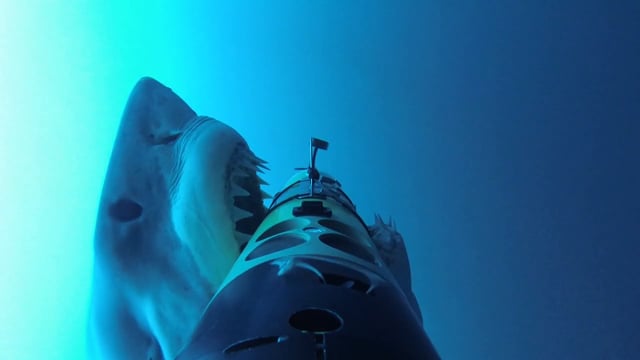 Although you might not think of Shark Week as anything more than an over-publicized TV event for the Discovery Channel to sell ads, it’s helping researchers learn more about the underwater predators than ever.

CNET reported this week that Woods Hole Oceanographic Institute’s REMUS SharkCam autonomous underwater vehicle (AUV), which was deployed in 2013, has led to “groundbreaking” discoveries for the research team.

READ MORE: Playing the $1.5 billion Powerball? These are the numbers that get drawn the most

“We wanted to test the REMUS SharkCam technology to prove that is was a viable tool for observing marine animals — sharks in this case — and to collect substantial data about the animals’ behaviour and habitat,” Amy Kukulya, a principal investigator and engineer with the Woods Hole Oceanographic Institute.

In November 2013, the SharkCam followed four great white sharks and recorded over 13 hours of footage. Observations of sharks had typically been done from the surface, but with the AUV, the researchers would be able to see the sharks in action as they went about their business underwater.

“We wanted to find out what was happening at depth — when the sharks swam into the deep, how were these animals behaving? Were they hunting? The REMUS AUV was the perfect tool to do this,” wrote Greg Skomal, the lead author of the paper that appeared in the Journal of Fish Biology.

The paper states that the SharkCam directly interacted with the sharks it was trailing 30 times, from a shark bumping the device with its nose to a shark actually biting the SharkCam, behavior the team concluded to be predatory.

If you want to see what the researchers saw when they recovered the footage from the SharkCam, you’ll have to stay tuned for Shark Week 2016 on Discovery Channel, which should kick off sometime in June.