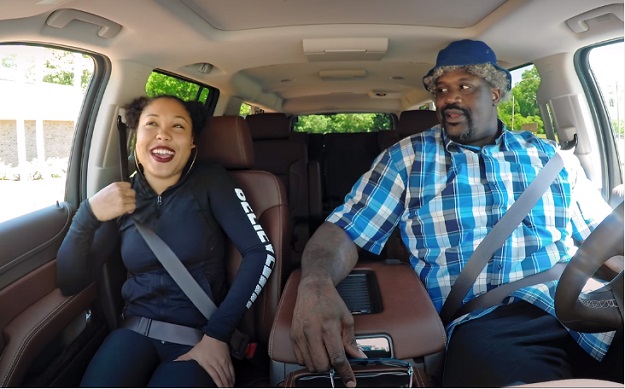 There’s no denying that Uber is the 800 pound gorilla in the room when it comes to ride sharing, but whereas Uber seems to generate controversy at every turn, the company’s chief competitor — Lyft — seems to engender nothing but positive vibes. Ask any driver who works for both companies and it’s a safe bet that he/she will have more glowing things to say about working for Lyft than for Uber.

So while Lyft may not have the name recognition or jaw-dropping valuation that Uber currently boasts, Lyft undoubtedly has a leg up when it comes to promotion. As part of an ongoing series featuring celebrities going undercover as Lyft drivers, a new video posted to YouTube today showcases 7’1 NBA icon Shaquille O’Neal donning a few ridiculous and hilarious get-ups and picking up unsuspecting Lyft riders.

While the premise in and of itself is hilarious, what makes the video particularly interesting and amusing is that not everyone immediately recognizes that they’re riding in a car with Shaq. Of course, it doesn’t hurt to see Shaq try and show off his “acting range” with a variety of accents that he comically can’t pull off all that well; sort of like Roger from American Dad.

Perhaps the best part comes in at the 2:15 mark where Shaq goes into full on Rasta mode, complete with dreadlocks and all. Actually, who are we kidding, the whole video is great and worth checking out in its entirety.